This entry was posted on June 4, 2019 by Gaz from Cameraworld London Branch.

Panasonic LUMIX is proud to announce the development of LUMIX S1H, its latest mirrorless camera equipped with a full-frame image sensor. It is the world’s first camera capable of video recording at 6K/24p (3:2 aspect ratio), 5.9K/30p (16:9 aspect ratio), and 10-bit 60p 4K/C4K. Combining professional-level video quality and high mobility of the mirrorless camera, Panasonic will release the LUMIX S1H in Autumn 2019. 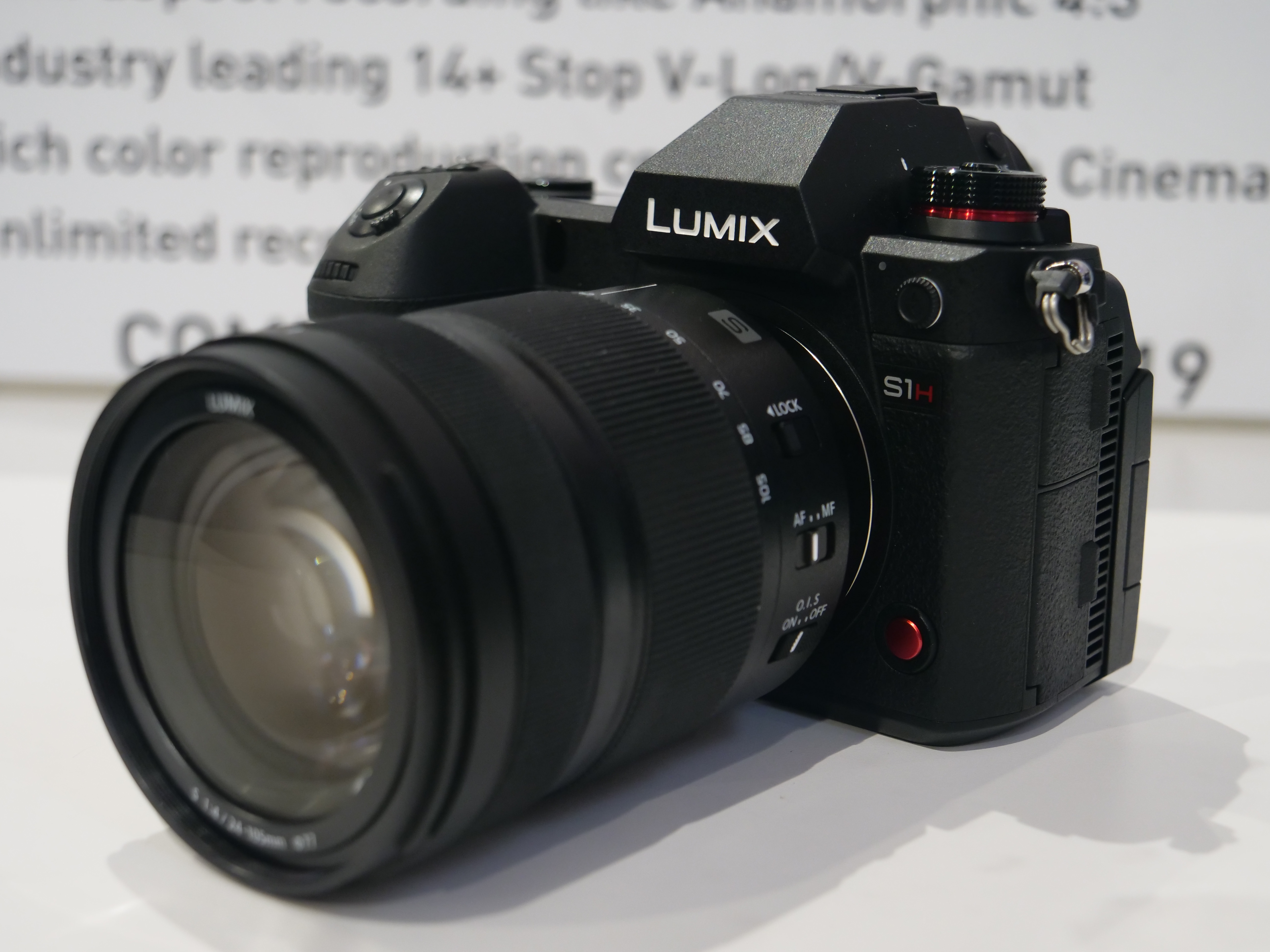 The new LUMIX S1H has been designed and developed by applying the vast expertise and technologies accumulated in the cinema cameras to the LUMIX S Series full-frame mirrorless cameras. It packs all of these technologies, especially in the field of digital signal processing and heat dissipation , into a compact, lightweight body to achieve both high performance and mobility. It opens the door to creative film production in ways that conventional, bulky camera systems simply could not do.

High resolution up to 6K for multiple formats

Maximizing the use of the pixels in the full-frame image sensor, the LUMIX S1H, as a digital camera, has achieved 6K/24p (3:2 aspect ratio) or 5.9K/30p (16:9 aspect ratio) video recording for the first time in the world. It is also the world’s first full-frame digital interchangeable lens system camera to enable 10-bit 60p 4K/C4K video recording. It accommodates a variety of recording formats, including 4:3 Anamorphic mode, to meet professional needs. Its high-resolution data can also be used for creating 4K videos with higher image quality or for cropping images in 4K.

Rich gradation and a wide colour space virtually equal to those of cinema cameras.

The LUMIX S1H features V-Log/V-Gamut with a wide dynamic range of over 14 stops, which is virtually the same as the Panasonic Cinema VariCam, to precisely capture everything from dark to bright areas. The colour and even the texture of human skin is faithfully reproduced. Designed under consistent colour management, the S1H's recorded footage is compatible with V-Log footage recorded by VariCam or V-Log L footage recorded by LUMIX GH5/GH5S.

In every S1H recording mode, video can be recorded non-stop under the certified operating temperature so the user can concentrate on shooting.

Panasonic now offers three innovative models in the LUMIX S Series of full-frame mirrorless cameras – the S1R, the S1, and the new S1H. The LUMIX S1R is ideal for taking high-resolution pictures, the LUMIX S1 is an advanced hybrid camera for high-quality photos and videos, and the LUMIX S1H is designed and developed especially for film production. With this line up, Panasonic is committed to meeting the demands of every imaging professional by challenging the constant evolution of the photo/video culture in today's new digital era. 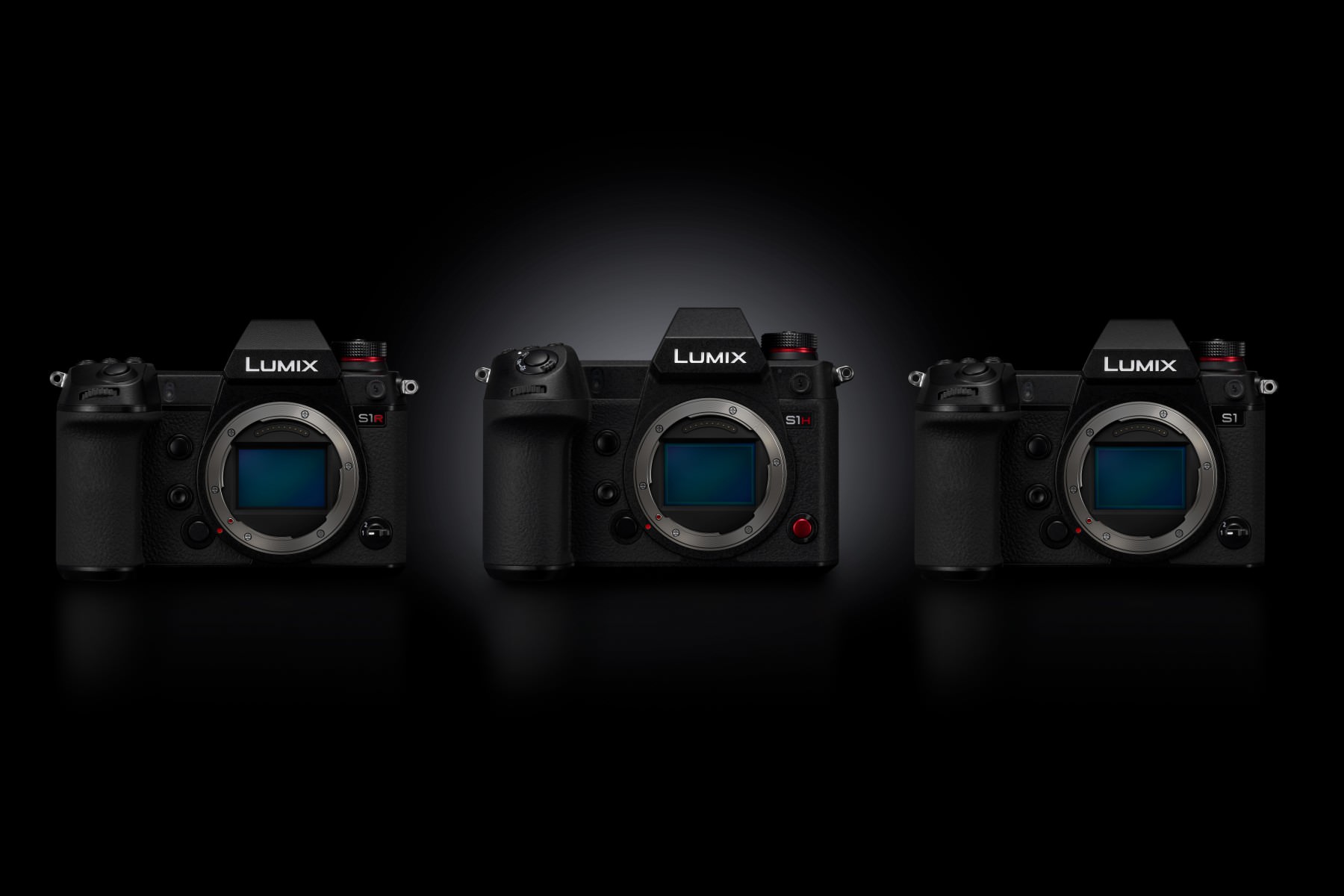 It's essentially a full-frame 'GH'

In addition to this, Panasonic has said the 'H' in the name represents the same qualities as the one in the GH models: a stills/video hybrid with high quality. And, if we look at the specifications, there's a lot of overlap with the capabilities of the company's GH5.

Panasonic says it will combine aspects from the GH-series, the full-frame S-series and its pro-level Cinema Varicam series.

Once the full and detailed specs are available, we will bring you the very latest.

This entry was posted in Product Reviews and tagged lumix, panasonic, lumix s1h on June 4, 2019 by Gaz from Cameraworld London Branch. ← Previous Post Next Post →