Analogue photography - an introduction to shooting in film

This entry was posted on March 4, 2020 by Abby from Cameraworld Buying Team. 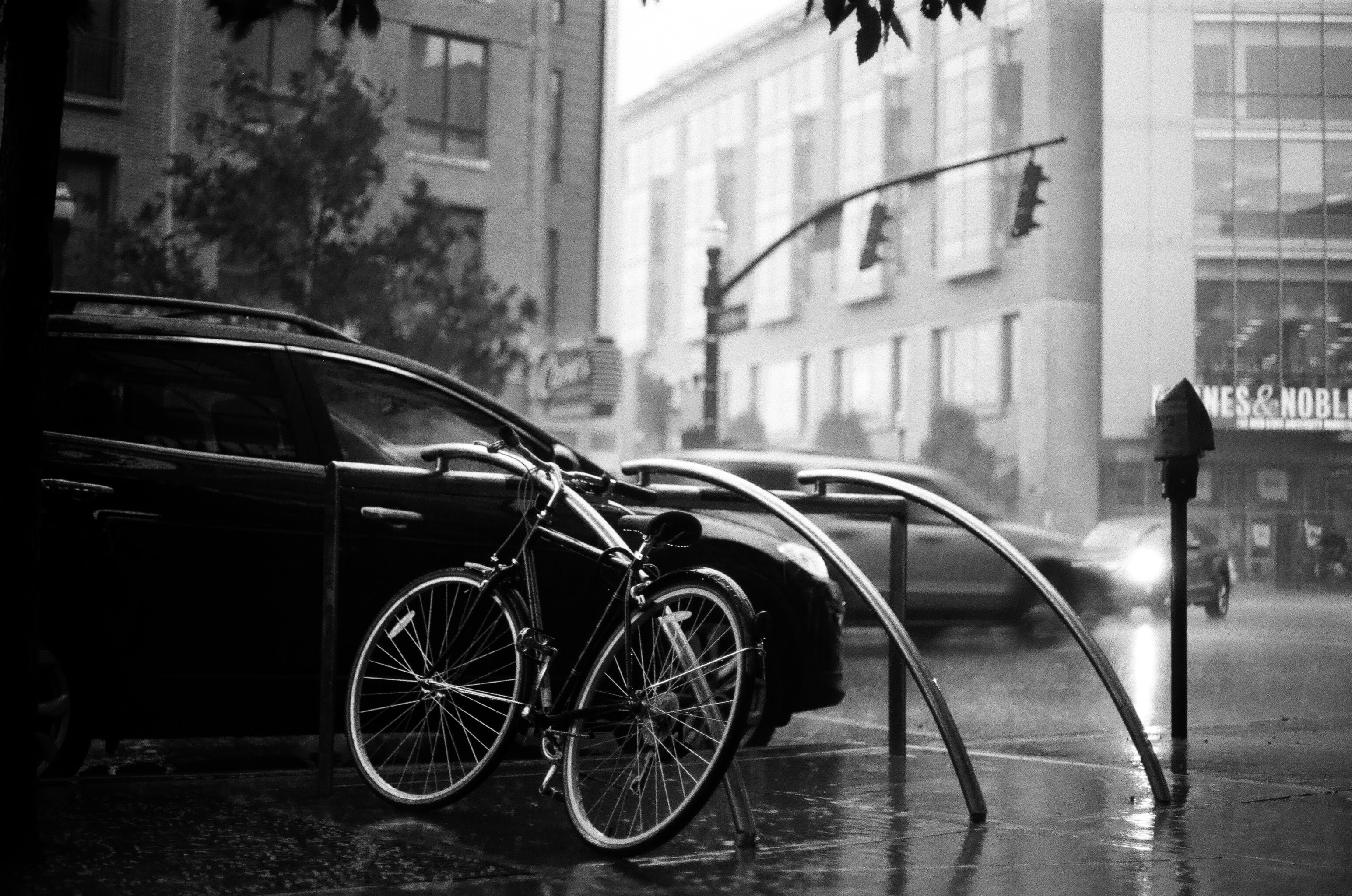 Film is expensive and time consuming which are the primary reasons for the success of digital photography but it is its unpredictability, its imperfections and its rich, evocative nature that ensures film remains a popular product for seasoned professionals and amateur photographers.

Whilst most professional and almost all amateur photographers have made the switch to digital photography, there is a growing number of fans who are enjoying learning the art and pushing creative innovation with traditional imaging techniques adamant that the film format has a richness and depth of detail that creates not only a higher quality image but also a final image that is truer to their original vision.

There are lots of classic used film cameras still available today and as much as you may get very lucky with a private purchase we would always advise buying second hand through a reputable dealer as they will be fully checked by an expert and priced accordingly. Those trading in have often kept their camera lovingly maintained and fully serviced and when you buy through a reputable dealer many used items come with a warranty offering you piece of mind. 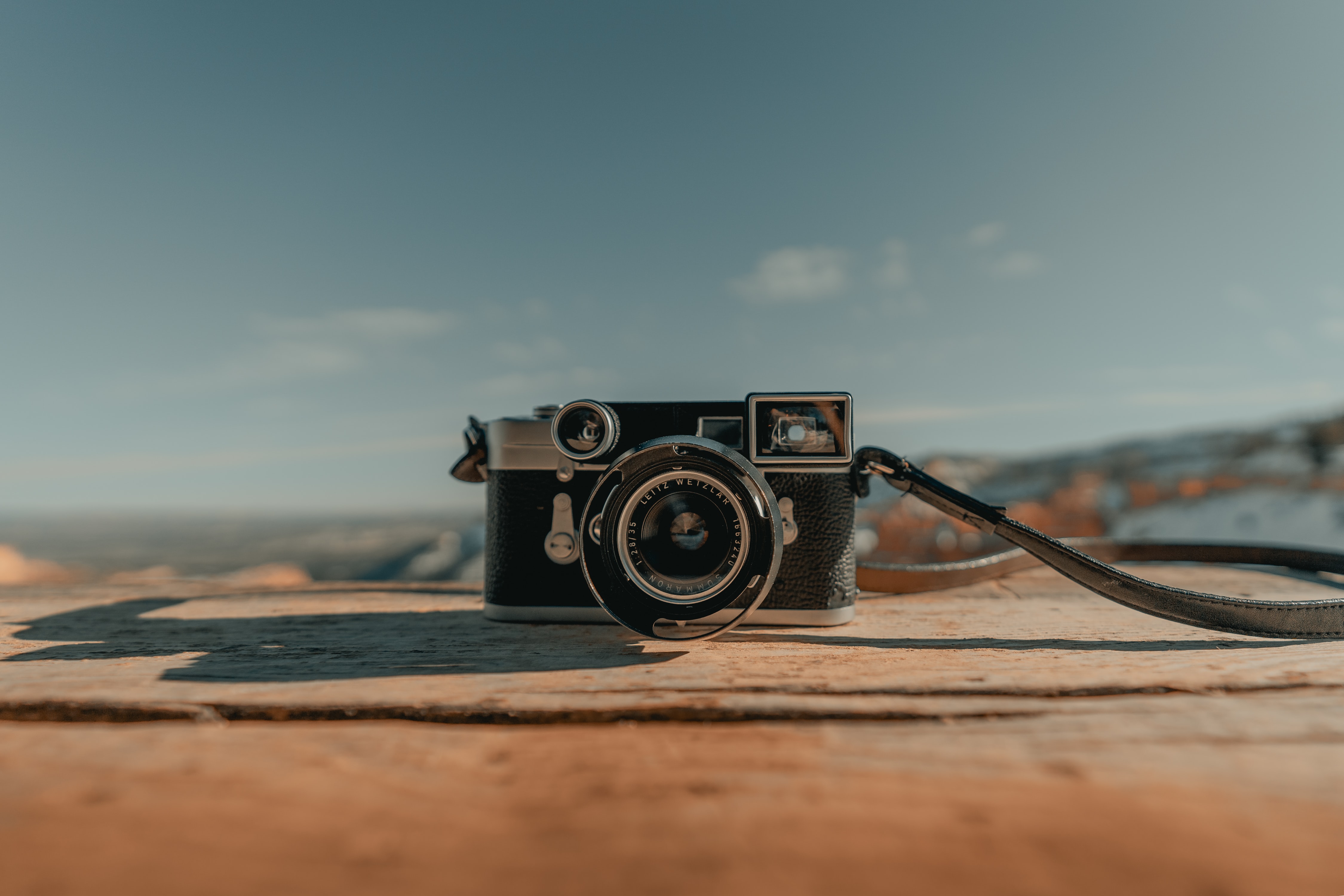 Everyday users may find that the convenience of digital photography suits their needs just fine; no film stock required, no film to process, instant feedback and results plus a plethora of computer programs and phone apps you can use to make quick edits or even transform your image from something average to something striking. There are loads of new or secondhand digital cameras to choose from but the choice can be overwhelming for those new to the hobby so ensure you seek the right advice so that you can grow with your camera.

Digital photography enables you to take pictures when the moment strikes. You can be much more responsive, less time can be spent on set-up as you have more room to fix in post-production. With the convenience of memory cards and long term forms of digital storage, there are no concerns about your film stock taking up valuable wine space in your fridge or worrying about it’s shelf life - although digital storage devices certainly come with their own set of hazards!

Film-based photography can pick up details digital cameras may miss without the proper equipment, training, and lighting setup. Especially when it comes to long-range photography and black-and- white images. The choice of film also means you have to be more thoughtful about what you plan to shoot which can often have a more creative impact.

Though it can take longer to get the settings just right with film photography the result may be a truer representation of your creative vision. In addition, the unpredictability can create some surprising results that takes your work into a fortuitous direction or you may end up with unique film anomalies that make stunning photo prints. 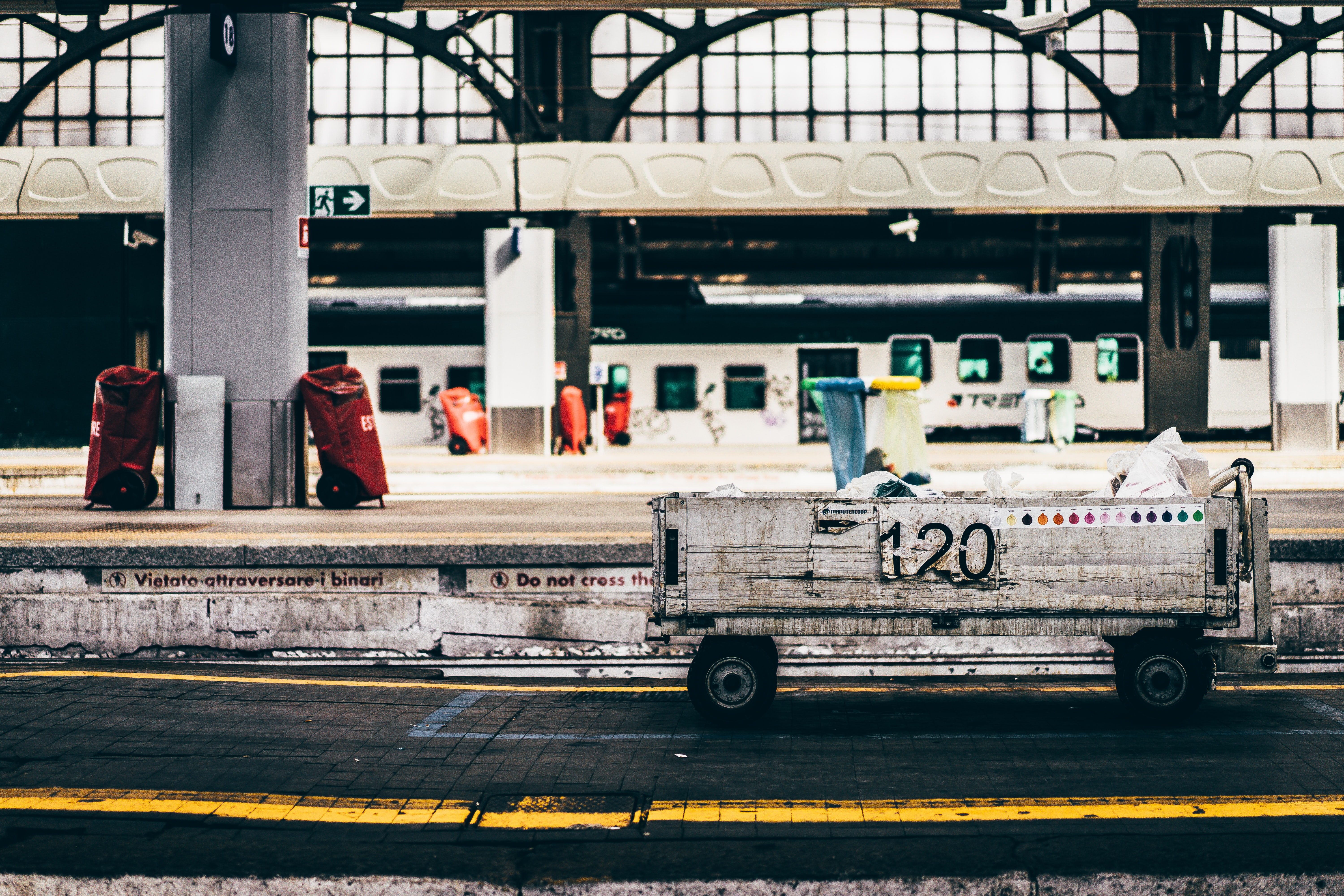 If you’ve got the camera then the film format is already dictated for you as each analogue camera can only take one format of film. However, if you have yet to take the plunge then consider which format is best for your needs - 35mm or medium format?

Introduced by Kodak Eastman in 1901 the medium format film cameras were superseded in terms of popularity by it’s little brother, the 35mm. The 35mm, otherwise known as 135, is the most common format worldwide and has been in use since the standard size was established in 1909. This is probably due to the size of film and therefore portability of the cameras. Although older and less popular, the medium format or 120 film is technically a “superior” film allowing for higher resolution and more detail.

The 35mm is the perfect beginner format. The small size of the film allows for cameras that are portable and light, and the length of contained film (allowing for 36 exposures unless otherwise stated) makes the format very cost-effective.

Medium format Image sizes are usually 56x56mm which fits 12 photos on the roll. However medium format cameras often have settings that allow for different sizes e.g. 56x41mm to allow more photos on the same roll, or 56x84 to create panoramic shots. Because you get fewer images, medium format are more costly per photo - but the larger image size delivers better detail and depth of images as compensation. This is an excellent format to take your photography to the next level.

Getting the right film stock

In analogue photography the photographer's choice of film will decide the final image. By the time you have selected the format you want to work with you then need to decide on film type as different films are known for their different features. There are a myriad of considerations and unlike with digital, these choices cannot be made before each individual image or automatically fixed by software. This means that you need to understand a little bit more about the different effects that each film delivers and plan your shoot - but it also allows for much greater creative control! 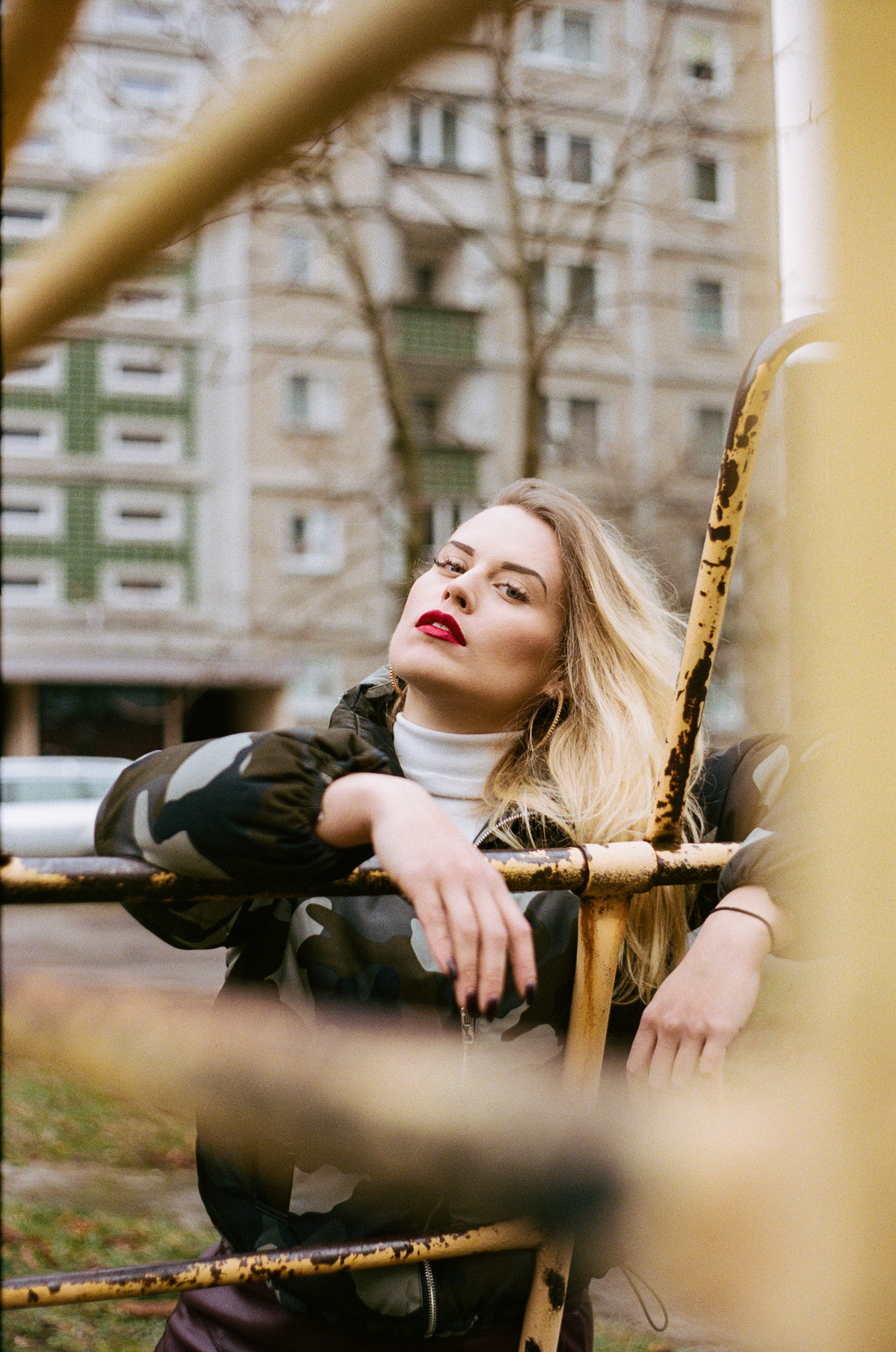 There are two types of colour analogue photograph: colour negative and slide.

The best-known and most common is colour negative where development produces a strip of film that is reddish-tint and is a negative i.e. bright areas are coloured dark and vice versa. It is also called print film, because to get a final image you traditionally had to take a print from the negative. To create accurate reproductions of the original scene you need to make prints or scans that reverse this back to positive colours and contrast. The type of processing needed to develop colour negative film is called C-41.

You may recognise slide film from old family albums or maybe slideshows in school. This type of film produces positive images directly from the lab so you can hold them in front of a light source to immediately see the right colours and contrast of the photo you took. This type of processing is called E-6 and the film is also called positive film.

Cross-processing is the name of the creative technique of developing slide film in C-41 chemicals. The result is a strip of negative images with colour shifts and contrast changes that are unpredictable, vivid and beautiful. Different slide films respond differently to this process so we  would encourage you to experiment and see what final result you most enjoy. It is also possible to cross-process negative film in E-6 but the results are usually not as impactful - you tend to get muted colours and darker images.

Does what it says on the tin! This type of film can only record light as shades of grey, ranging from black to white. It has been responsible for iconic images throughout the 20th century and many photographers continue to prefer it today for situations where colours would detract from the strength of the image.

Redscale film is simply colour negative film that has been turned round before spooling into cartridges so that when you take a photo the light travels through the plastic backing of the emulsion before interacting with the chemicals. This means that when the photos are developed they return fantastic reds and yellow tints across your images.

Infrared film is film that has been made chemically sensitive to the infrared light spectrum. This results in the film "seeing" differently to our eyes. Skies come out dark black and trees and vegetation will shine white.

Talk to anyone who shoots on film and they will have their favourite stock choice and this is very much a personal choice based on the aesthetic you want to achieve. The ISO is clearly a technical decision based on conditions however you can choose your film based on the level of grain, contrast and resolution that matches your creative vision. if you have a specific requirement and not sure which film stock to choose your local retailer will always be able to offer advice.

ISO (sometimes called ASA) describes the film's light sensitivity. A high number (like 800 or 1600) means that the film is very sensitive to light and it will be able to take photographs in low-light situations without having to use slow shutter speeds or flash. These films will produce a more visible grain which tends to give the final images the authentic analogue look. A low number (50 or 100) will often deliver vivid colours and high levels of detail, but you will need bright sunlight or studio lights to bring out their best! A film of ISO 400 is the best carry-around film for the UK as it will work well in sunlight, shadows and cloud.

Grain is used to describe the visual impact of small silver residues that form whenever you use analogue photography processes. Certain films have larger or brighter grain structures - this provides the visual interest that film photography is well-known for and choosing different films to provide different final looks is all part of the fun! Fuji’s Pro 400H, available in 35mm or 120 format, provides a more subtle, romantic grain compared to Ilford’s FP4 Plus 135-36 and their 120 format equivalent, that provides a fine grain and sharpness to your B&W photography.

Contrast tells you how big the difference will be between the brightest and the darkest parts of the image. Some films have very strong contrast so the shadows will be jet black and the highlights will be pure white; others will be more moderate and the image will look more balanced and natural. Choosing the right contrast and colour saturation (how vivid the colours are) will have the biggest impact on how your final image looks. Both the colour Kodak Portra 800 (35mm & 120) and the black and white Ilford XP2 SUPER (35mm & 120) are known for their intense contrast whereas the Ilford HP5 Plus (35mm & 120) provides a medium contrast more suitable for a wider range of uses.

Resolution refers to the amount of detail contained in a photograph. Generally speaking in film photography the larger the format, the better the resolution. However different films will also deliver slightly different levels of detail. Films marketed as "Professional" will tend to have greater resolution as one of their benefits versus the creative or consumer films. The Kodak T-MAX 400 is great for crisp and vivid detail of grey scale in black and white photography whereas when using colour stock Kodak’s Portra 400 (35mm & 120) provides great detail - especially in skin tone.

As with most things, the fun is often in the discovery so get your hands on a film camera and have some fun experimenting with different film stock!