Is the Panasonic LUMIX GH6 the Best Video Camera of 2022? 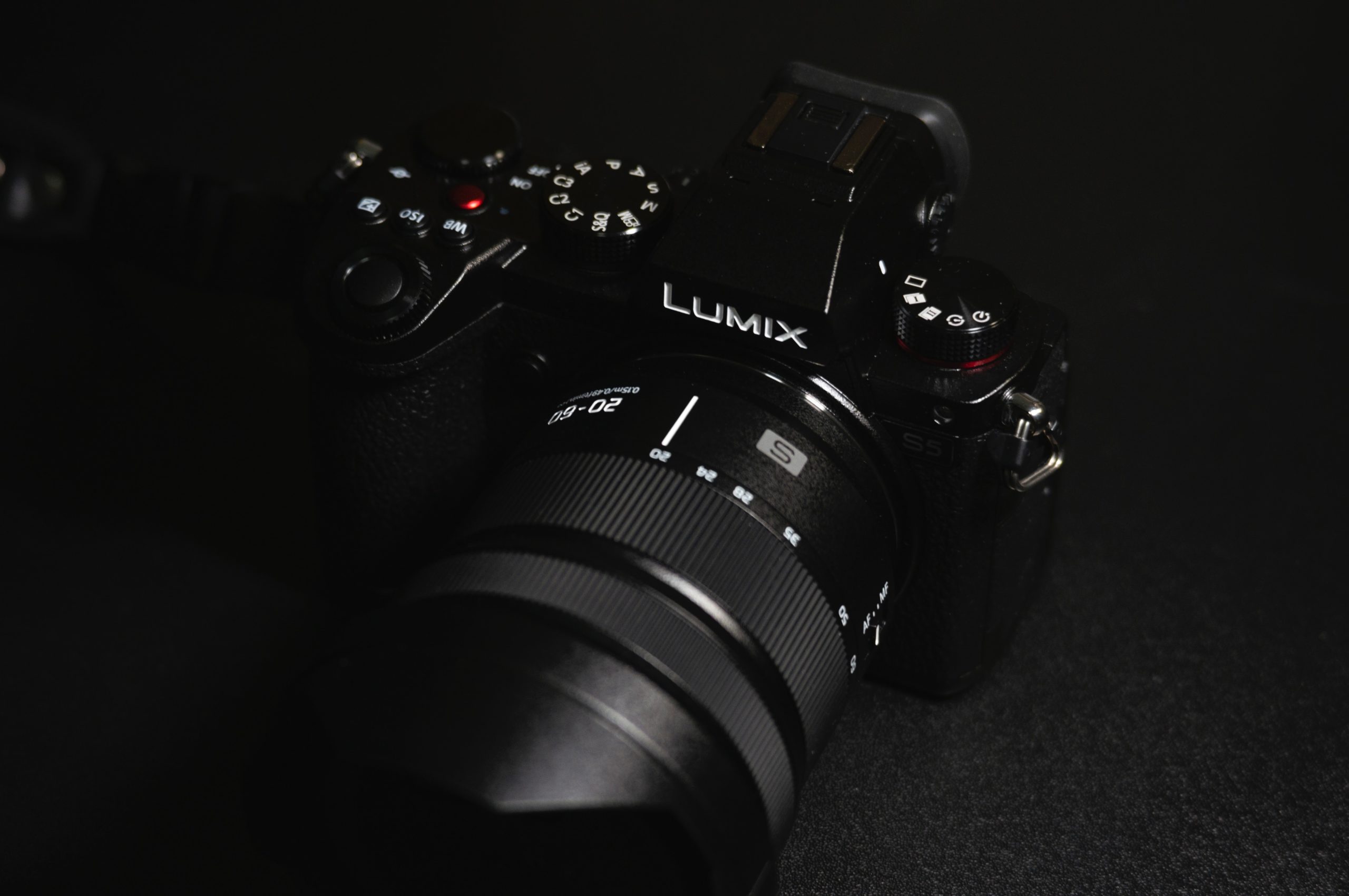 The Panasonic LUMIX GH6 is the long-awaited flagship micro four-thirds camera. A mirrorless, interchangeable lens camera system that gives photographers a smaller, more compact alternative to full-frame DSLRs. This compact mirrorless camera is packed with movie-making potential, boasting 5.7K recording, Apple ProRes support and onboard four-channel audio recording. The GH series has become a filmmaker's favourite, and the GH6 is no exception.

What Makes the GH6 Better Than Its Predecessors?

The LUMIX GH6 uses a CFexpress Type B card, enabling non-linear editing without transcoding, a first for the LUMIX series. The GH6 offers higher resolution and higher bit rates than previous models to give you the latest in high image quality, versatility and range needed for film, TV, and all types of video production.

Cooling has been a frequent issue on mirrorless cameras, resulting in 4K clips being limited to only a few minutes in some cases (often followed by a frustrating cooling-off period before you can begin recording again) but thanks to the GH6’s cooling fan you can record at any resolution and frame rate for as long as you have storage space. 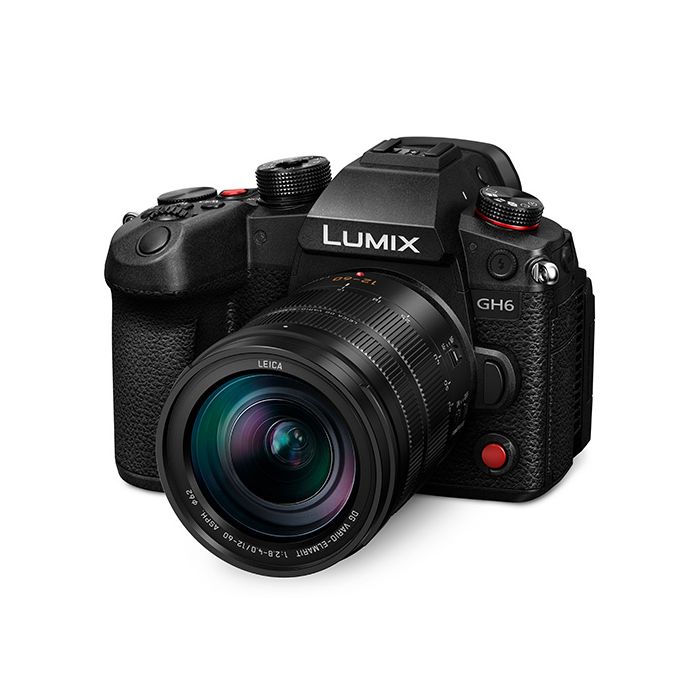 The LUMIX GH6 has a classic DSLR-style camera body shape. The large grip on the right fits the hand well, and the OLED viewfinder, dials, and buttons all feel like they should be.

The handling of this camera is fantastic. The design makes it easy and quick to change settings, go into the menu, turn autofocus on or off and stop/start recording. It also makes it really easy to seek out a particular control. There are enough buttons and dials to get what you want to be done efficiently, but not too many that things become overwhelming.

Another first for the Lumix G range is the front recording buttons, perfect for self-recording. Red tally lights on the front and back to let you know when recording is taking place. The 3inch tri axial tilt screen can be made to face almost any direction, making it super easy when you’re shooting at unusual angles. The body is built on a robust magnesium alloy frame that is splash and dust-proof, as well as freeze resistant. Like most Lumix G models, it’s fairly small and lightweight, weighing just 823g without a lens.

The GH6’s in-body image stabilisation system, a new super high precision 5-axis gyro sensor along with a new algorithm, now offers a staggering 7.5 stops of compensation. It proves excellent at smoothing out motion, stabilising handheld footage and keeping the background of on-the-move vlogging shots steady, and for stills, it even allows you to shoot a stacked 100MP High Resolution shot handheld, whereas, on previous Panasonic cameras, you’d need to use a tripod. With its compact, lightweight design and powerful body, the LUMIX GH6 makes shooting that was previously deemed impossible –such as handheld ultra-telephoto shooting– possible. 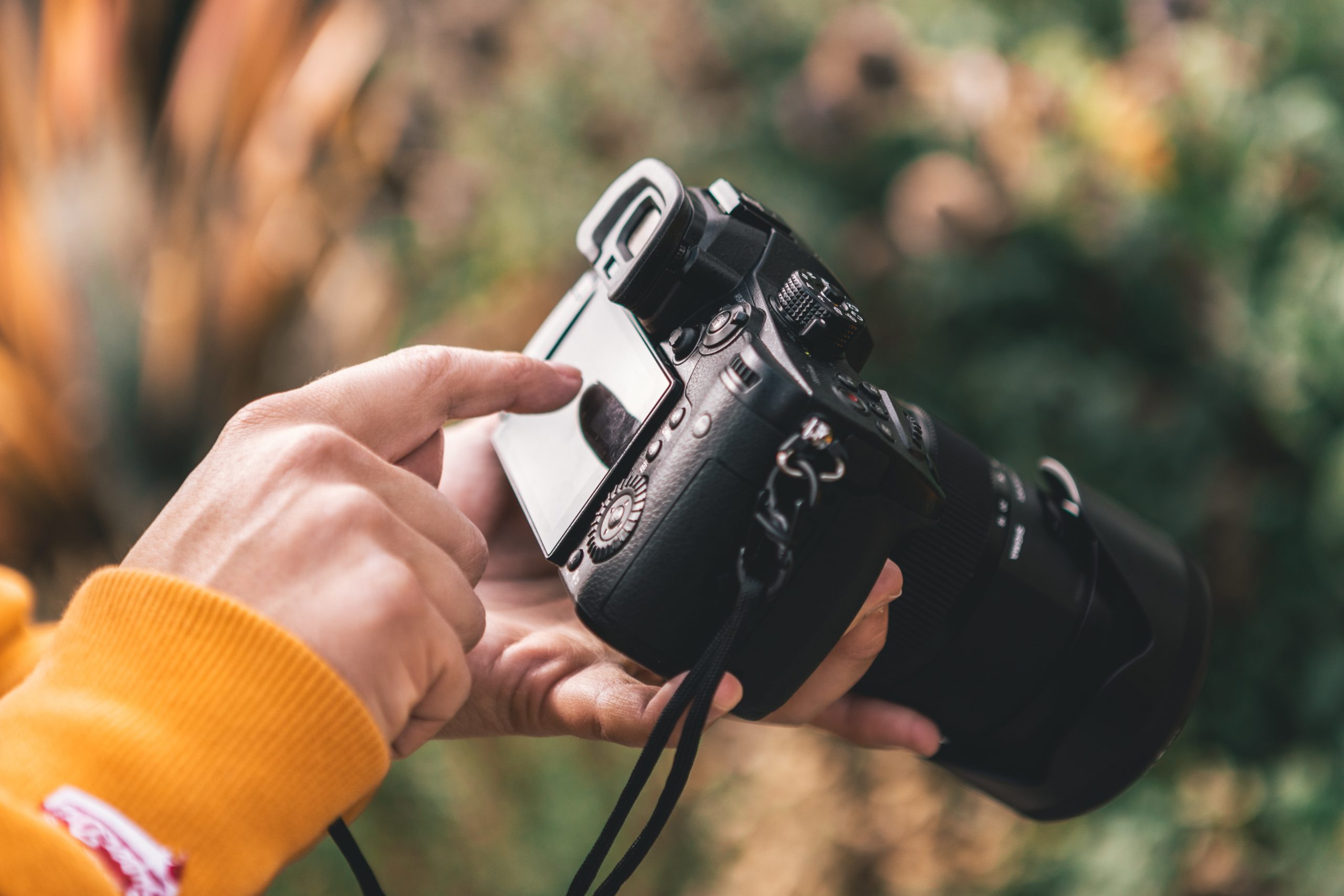 The GH6 is by far Panasonic’s best camera yet for movies, and a lot of that is simply down to the choice it offers users. Format, resolution, frame rate, bitrate, picture profile, whether you want to shoot 1080p at 240fps for ultra-smooth slow-motion playback or super-clean 5.7K anamorphic movies, there really is something here for everyone.

The LUMIX GH6 imports the renowned colourimetry of the Panasonic VariCam line-up of cinema cameras. V709 LUT (Look Up Table) with Rec.709 standard is available in the camera by default. As a further convenience, for the first time, V-Log View Assist (which can apply LUTs in real-time) supports the import of CUBE as well as VLT file formats.

The GH6 also takes incredible stills. It is extremely fast when it comes to still photo burst shooting. When using the electronic shutter, it can rattle off stills at up to 75fps and at up to 14fps with the mechanical shutter on. An impressive feature in a camera that’s much more focused on video than photos.

The LUMIX GH6 delivers improved audio recording performance, with 4ch 48kHz or 96kHz 24-bit recording made possible when an XLR microphone adapter is attached. This provides greater flexibility when shooting outdoors, for example, where multiple audio sources are present or when recording backup audio. 2ch 48kHz 24- bit recording is also supported with the built-in mic as well as 2ch 96kHz 24-bit high-resolution recording with an external mic.

The GH6 now features a new button to provide instant access to the audio options needed when recording video. Considering audio is an absolute essential when capturing video, this new dedicated audio button is a fantastic addition.

The GH6 also has 4-channel audio capabilities with the built-in 3.5 jack providing a two-channel stereo option (which can be handy for an external microphone), while the additional DMW-XLR1 adapter produces a further two-channel option, allowing you to capture up to 96kHz. The channel to use for headphones can also be switched during video recording, and audio menus can be directly accessed with the Fn1 button on the top of the camera to check sound levels during 4-channel audio recording easily. 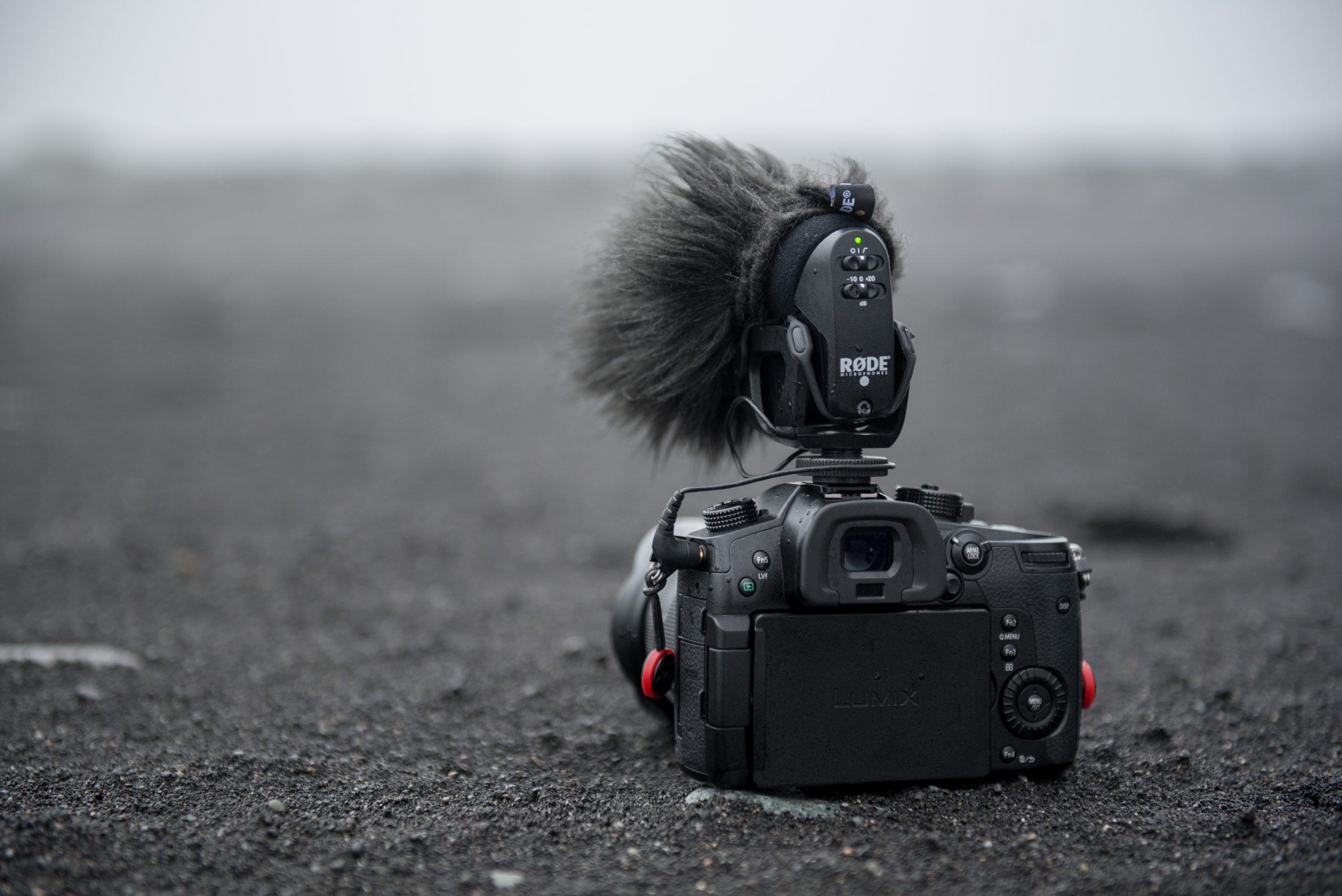 Is The Panasonic LUMIX GH6 the Best Video Camera of 2022?

Yes! It certainly seems to be one of the best with all that it has to offer. It’s compact and lightweight, relatively affordable and capable of capturing professional-quality video. The LUMIX GH6 is proof that micro four-thirds cameras can be a great addition to a filmmaker’s kit. While the small sensor may seem tiny or underpowered and undeniably gives a different look than you’d get from a larger full-frame sensor, micro four thirds also bring with it advantages like smaller, lighter lenses and the best image stabilisation available.

We currently have four kit options available, perfect for getting you started:

Convinced and ready to buy, or do you need more information? Our advisors are always happy to help. They’re all passionate about photography and will discuss anything camera related without hesitation. Visit one of our stores in London, Essex or Stevenage or get in touch online. We offer great prices on part exchange and trade-in too.

This entry was posted in Product Reviews, Staff picks & New product  on May 27, 2022 by Pivotal Content