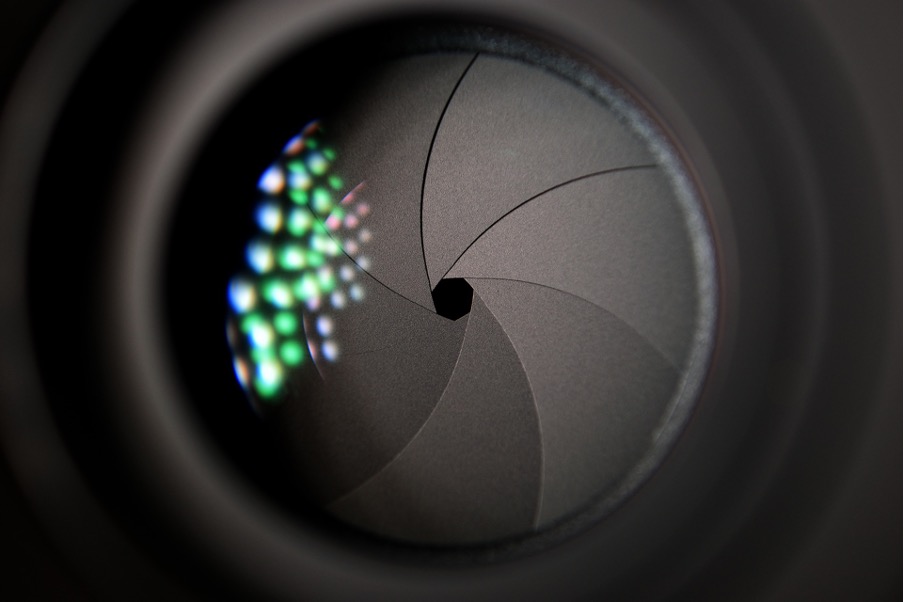 What Are the Elements of the Explore Triangle?

The three elements of the exposure triangle are aperture, shutter speed, and ISO.

These three elements of the exposure triangle work together to create an exposure value (EV). This means that you can't always change one setting without directly impacting one or both of the other elements of the light triangle.

The Impact of Each Exposure Triangle Element

When we look at each element's impact on the others, let’s look at a scenario. You're taking a portrait outdoors on a sunny day. You've got your camera mounted to a tripod and have selected the following settings:

You’ll find that the image is far too bright or overexposed with those settings. In that case, you have several choices to correct the situation:

In terms of shutter speed, we can liken this to blinking. The more you blink, the more the duration of light is restricted. Blinking a lot would be similar to using a fast shutter speed, such as 1/500 seconds. However, lengthening the time between each blink allows more light to enter your eye. Think of that as using a slow shutter speed, say 1/30 seconds.

Finally, think of sunglasses as ISO for your eyes. Wearing sunglasses makes your eyes less sensitive to light, like using a low ISO like 200. If you were to remove those sunglasses on a bright day, your eyes would become more sensitive to the light, similarly to using a high ISO such as 1600.

Measuring the Three Elements of the Exposure Triangle

Part of what makes the exposure triangle difficult to grasp is how aperture, shutter speed, and ISO are measured. All three elements are measured using "stops." One-stop equals a doubling or halving of light.

For shutter speed and ISO, those numbers are pretty straightforward:

The hardest element to understand is aperture, as although it is measured in stops, typically referred to as f-stops, the numbers used are confusing in two ways:

You don't have to memorise the f-stop numbers for aperture or settings for shutter speed or ISO. What's important is that you understand what changing each setting does to the exposure triangle. As long as you consider that a larger aperture number means a smaller aperture and vice versa, you'll soon get the hang of it.

Other Impacts of Exposure Settings

Another aspect of the exposure triangle is that each of the exposure settings impacts the artistic look of an image; for example, shutter speed also controls motion blur, aperture controls depth of field, and ISO increases or decreases noise.

As you increase the aperture size, the depth of field decreases. For example, if you want to create a blurred background for a portrait, you’d need to use a large aperture like f/2. If you want a background that's in focus, such as a landscape shot, a smaller aperture such as f/11 would be needed.

As you increase the ISO, the presence of noise also increases. This noise looks like grain and can be used artistically, often in black and white images, to give them a grittiness. If you want grain for effect, you can increase the ISO; if you want a clear, crisp image, you will use the lowest ISO available.

We have some useful guides on each element of the exposure triangle, which go into more detail which you may find helpful. The key to getting the very best shots is practice and experimenting.

If you need any help or advice, all our advisors are passionate about photography and are always happy to pass on their wealth of knowledge. Find the best deals on new and used cameras, visit one of our stores in London, Essex or Stevenage or take a look online. You'll find a vast range of photography equipment at great prices and expert advice.

This entry was posted in Essential Guide for Beginners  on July 7, 2022 by Nathan Taylor