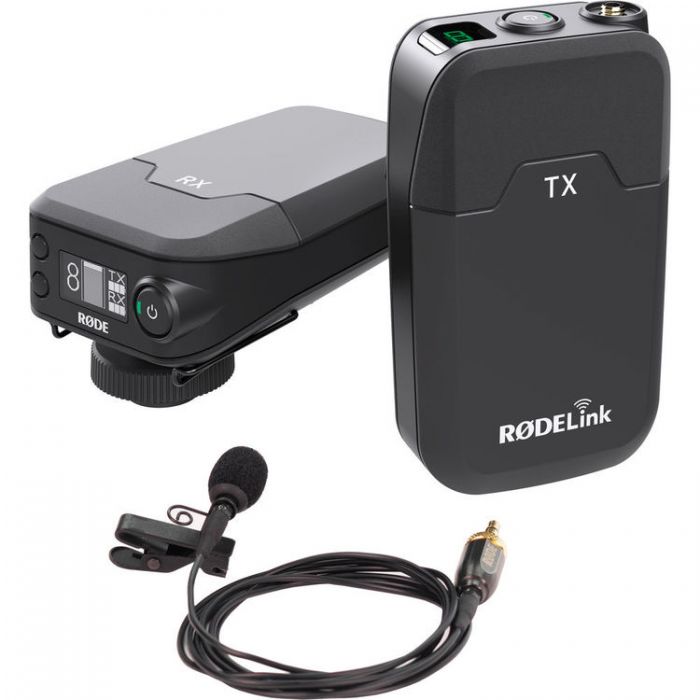 Skip to the beginning of the images gallery
Calling all Movie Makers - complete with lavalier mic, transmitter and receiver, this is a great kit for any filming without the hassle of extension cables.

£310.00
Checkout now
Are you an Amazon customer? Pay now with address and payment details stored in your Amazon account.

RØDELink represents the next generation of digital wireless systems. Using a series II 2.4GHz digital transmission with 128-bit encryption, it is able to constantly monitor and hop between frequencies to maintain the strongest possible signal level at a range of up to 100 metres (over 100 yards).

The RØDELink Filmmaker Kit provides everything you need to start shooting video wirelessly, including a receiver, transmitter and broadcast-grade lavalier microphone. The receiver (RX-CAM) features an OLED display with information on level, battery status (receiver and transmitter), mute and channel selection.

The unit can be mounted on a standard camera shoe mount, 3/8" thread or belt-clip, and for added versatility the shoe mount can be located in one of two positions. The lightweight transmitter (TX-BELT) can be fitted to a belt or clothing and features a locking thread to ensure the microphone connection is as secure as possible. RØDE has included an omnidirectional lavalier microphone in the kit to provide the highest possible audio reproduction quality.

Rode have a long line of realistically priced, high quality audio solutions. This is the next in the line. Logical and very simple to use and solidly built (some have said that not being a metal case is a disadvantage but this is not necessarily the case, it is still solid plastic). The range is probably what I expected but it did cut off abruptly when a solid wall blocked the tx/rx line of sight - and they were only a few meters apart. This is probably due to the difficulty such high frequencies have passing through objects. However, once it is locked on and in sight, it is rock solid with no unpredictable drop-outs or interference. Flexible amplifier settings (TX) and attenuation settings (RX). Being able to see both the RX & TX battery levels shown on the receiver is really useful and although these remain at all times, they dim considerably after 30 seconds. The audio level and channel number displays go off completely after this time which is a bit frustrating. They always seem to off just when you need them. A quick tap of any button brings them back for 30 seconds though. Nice inclusion of a furry windshield but the also included foam one is good for the most determined of winds with no low rumble at all in a recent high wind I was testing in. You may have seen previous reviews showing the Micon modular connector system employed which is good for replacing damaged parts in the future... however, this kit is now supplied with molded connectors to alleviate audio issues some people were experiencing with the modular connections. The use of Wi-Fi frequencies is licence free, digitally encrypted as standard, usable in most countries without having to have different kit and makes setup easier. Digital does introduce a very slight delay to the audio which can easily be adjusted in post and whilst very minor, it is apparent as a slight echo if you have the sound of an analogue mic going into your earphones at the same time. All in, this is brilliant with so much going for it and that's before you consider the vastly lower price compared to its competitors. Standard 2 year Rode warranty too.

I needed the kit for a documentary shoot I was doing and it all worked well and as described from the box. Easy to set up with my EOS 5d2. Would recommend 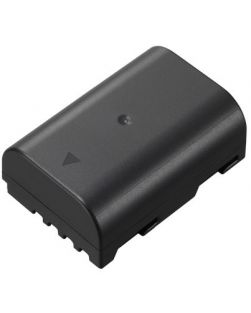