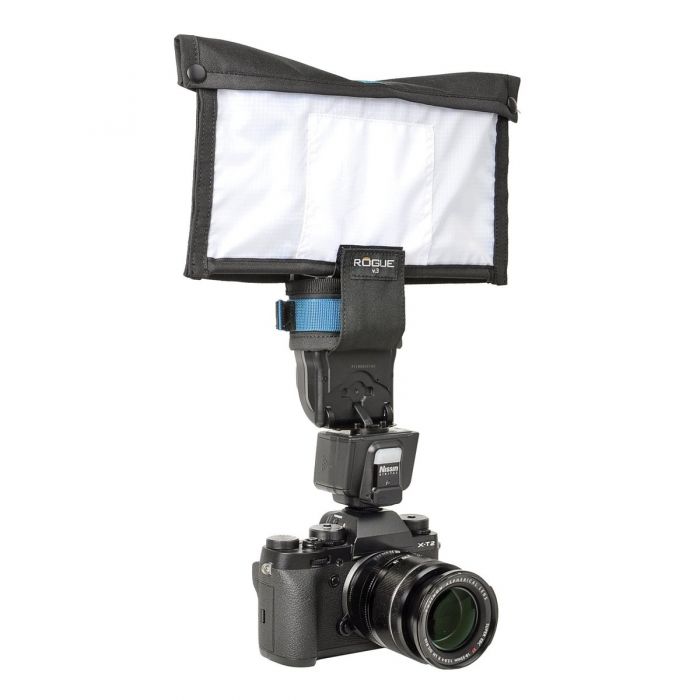 £41.00
Checkout now
Are you an Amazon customer? Pay now with address and payment details stored in your Amazon account.

The Small Soft Box Kit is ideally suited for on-camera use because it is smaller and lighter than other FlashBenders.

When attached to your on-camera flash the FlashBender v3 Small Reflector will soften the light from your flash whether you're shooting inside under a white ceiling, or outside in the open.

If you want an even softer light, or need to eliminate bounce flash because you are shooting under an off-colour ceiling (yellow, orange, etc.), then configure the FlashBender into a softbox by attaching the included Rogue Small Diffusion Panel v3.

FlashBenders are the ultimate "there when you need it" light modifier because they are lightweight and simply fold in half to pack flat in your bag without taking up any significant space.  Because FlashBenders can sit on top of other gear or in a laptop slot, you can carry it with you whenever you might need it, saving valuable bag space.  Photographers looking to pack and travel light will be hard-pressed to find anything as useful or adaptable as the FlashBender v3 light modifiers.

FlashBenders Direct Light Where You Need It

The FlashBender's shapeable reflector directs light up and forward towards your subject.  This allows you to take advantage of a good bounce surface when you have it (white ceiling), or to avoid it by curving the top of the reflector forward when you do not (yellow or orange coloured ceiling, or no ceiling).

FlashBenders Are More Efficient Than Diffusers

The FlashBender design also conserves energy because it directs the light from your flash towards your subject instead of scattering it everywhere.  This has the benefit of allowing you to shoot on lower flash power settings with faster recycle times and results in fewer overheating problems and longer battery life.

Unfortunately, because diffusers waste power by scattering light everywhere your flash is constantly firing at higher power settings than necessary to light your subject.  This means your flash gets hotter, takes longer to recycle, and your batteries drain faster than if you used a more effective and efficient directional flash modifier.

Reflector:  Attach the FlashBender reflector to your flash (locked in upright position) and shape the top of the reflector to bounce light forward to fill shadows and create catchlights. If you are shooting under a good bounce surface (white ceiling), then shape the reflector to allow some light to bounce off the ceiling.

Soft Box:  If you want an even softer light, or need to eliminate bounce flash because you are shooting under an off-colour ceiling (yellow, orange, etc.), then configure the FlashBender into a softbox by attaching the included Rogue Small Diffusion Panel v3.

Snoot:  Shape the FlashBender into a snoot (tube) to create a circle of light. The snoot can be used to selectively light a face or to focus a hair or accent light.

Soft Box:  Configure the FlashBender as a softbox (attach a Diffusion Panel) when you want a softer light, when you want more directional control of the light, or when you need to eliminate unwanted bounce flash, i.e. when shooting under a yellow or orange ceiling.

The attachment strap incorporated into every FlashBender v3 modifier can be adjusted to fit flashes as small as 6.75” in circumference and strobes as large as 17”.  This versatility means that FlashBender v3 modifiers will fit small flashes like the Nissin i400 or Godox TT350S, often used with today’s smaller mirrorless camera bodies, as well as full-size flashes such as the professional Nissin MG80 Pro and the Godox AD200.  And, of course, the FlashBender v3 fits flagship flashes from Canon, Nikon and Sony like the Canon 600EX II-RT, the Nikon SB-700 AF and the Sony HVL-F60RM.

The FlashBender v3’s adaptable design will also fit flashes of different shapes, including the round-head Profoto A1X, Godox V1 and some even larger, power-pack based strobes. Additionally, because the mount is incorporated into the FlashBender v3, there are no bulky, expensive mounts to purchase separately, or that need to remain attached to flashes when not in use.

FlashBender v3 Design Attaches to These Flashes and More:

What's new in the v3 FlashBender?

We upgraded the attachment strap to include a grippier material that helps the FlashBender to stay put when attached to your flash.  We upgraded the FlashBender's 'shareability' by incorporating a new mesh material into the fabric.  The new quick-release buckle is faster to use, and the new attachment strap design can be adjusted to fit a wider range of flashes with circumference measurements of 6.75" to 17" (see above).  Finally, we modified the hook and loop on the FlashBender v3 to make it easier to stow away in your bag. 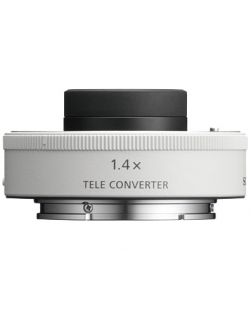