The lens you choose to attach to the front of your camera is arguably the most important factor when it comes to image quality, so let our guide ensure you choose the right lens for the job

Within serious photography circles it's generally accepted that the most critical hardware element of a DSLR or compact system camera is the lens you attach to the front of it. For this reason it pays to invest wisely. Lenses come in all shapes and sizes and many are designed for specific purposes, however the first thing to grasp is how the size of your camera's sensor will affect its stated focal length.

In the days before digital this wasn't an issue as 35mm film SLRs all used the same 24 x 36mm film stock. A standard 50mm prime therefore produced the same field of view regardless of the camera it was mounted to.

In the digital age, however, sensors come in a number of different sizes, which in turn affects the effective focal length of the lens. This is because sensors that are smaller than 35mm only capture a middle portion of the image generated by a lens.

Put simply, they effectively crop out the sides and magnify the middle. This has the effect of increasing the stated focal length of any given lens. The extent to which each type of sensor does this is usually referred to as its ‘crop factor'.

Because full-frame sensors are the same size as 35mm film they will capture images at the stated focal length of a 35mm lens. APS-C sensors are slightly smaller, however, which gives them a crop factor of 1.5x (Nikon, Pentax and Sony) and 1.6x (Canon). Cameras that use Micro Four Thirds sensors (Panasonic and Olympus) are smaller still, which gives them a 2x crop factor.

Thereby a 50mm prime will shoot at 50mm on a full-frame DSLR, but 75mm on an APS-C equipped camera, and 100mm on a Micro Four Thirds model. 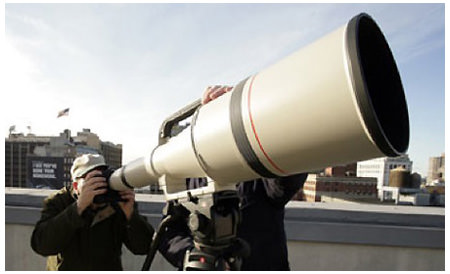 Another important consideration when choosing a lens is its maximum aperture. This varies greatly, but as a general rule-of-thumb, lenses with faster maximum apertures, or apertures that remain constant throughout the focal range will be bigger, heavier and more expensive.

The main benefit of having a lens with a faster aperture - say a constant f/2.8 as opposed to f/3.5-5.6 - is that they will allow more light in, enabling you to use faster shutter speeds in low-light situations.

Another benefit of faster lenses is that the higher maximum aperture can be used to create a more limited depth-of-field effect, thereby giving you more artistic control over how much of the image you want to be in focus.

Image Stabilisation is another useful technology that aims to reduce the image-blurring effects of naturally occurring handshake at slower shutter speeds and longer telephoto settings, where handshake is magnified.

Image Stabilisation technology is usually implemented either inside the lens via a group of optics towards the back of the lens that move to ‘correct' any detected handshake (Nikon and Canon), or via sensor-shift technology inside the camera body itself (Sony, Pentax and Olympus).

Each manufacturer has a different name for their take on the technology, but essentially they all share a common goal: to make an extra two to five stops of shutter speed available to help keep images sharper.

When choosing a lens you should also consider what you primarily intend to use it for. If you're looking for a lens that's great for portraiture then a 50mm or 100mm f/1.8 prime could be ideal, whereas if you're looking for a single jack-of-all-trades lens to take travelling then an 18-200mm f/3.5-5.6 superzoom may well be your best bet.

Last but not least, remember that prime lenses tend to offer greater levels of sharpness than zoom lenses as they have been precisely engineered to operate at a fixed focal length, whereas the flexibility offered by a zoom tends to come at the cost of some sharpness. 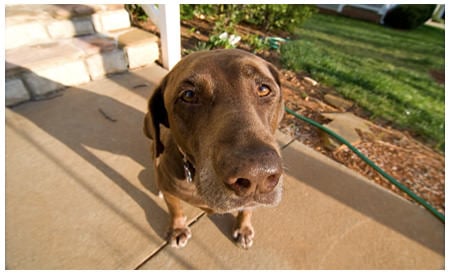 Wideangle lenses make subjects appear further away and, as a consequence, smaller, than they do to the naked eye. They are useful when you can't stand back far enough to get everything you want in shot, such as when photographing a large building, an expansive view or large group shot.

But they also produce an apparent perspective distortion in which subjects close to the camera can appear disproportionately larger than those further away - an effect that can be used by the photographer in all sorts of creative ways. They also give the illusion of placing the viewer in the thick of the action, which makes them popular with reportage and street photographers.

Other hallmarks of wideangles include their ability to exaggerate lines and curves, and in some situations distort them, and to produce greater apparent depth of field at a given aperture than longer lenses. The more wideangle the lens, the more pronounced these effects will be.

Although wideangles are available in various fixed focal lengths, our recent tests suggest that a good wideangle zoom, covering a range of focal lengths, is often the smarter bet.

Optically the best ones are on a par with many premium primes, they're often hardly any bigger and they may even cost less.

Zoom lenses are almost ubiquitous now but fixed focal length, or ‘prime', lenses continue to be popular because they offer several advantages.

Since they only have to convey a single field of view, as opposed to having to offer a variable range, the optical performance is generally superior.

They tend to be smaller too, and as an extra bonus have wider maximum apertures. If the field of view they offer is the one that you want, and you can fine-tune your cropping simply by moving your position, then they have a lot to offer.

Primes cover the full spectrum of focal lengths from extreme wide to ultra telephoto, but the most useful are those in the 24mm to 85mm range.

Standard or Mid-Range zooms, which usually cover the 18-55mm range, are ideal general-purpose lenses. With the standard field of view that equates to the eye at around the 35mm mark on most consumer DSLRs, these lenses go from a little bit wideangle to a little bit telephoto.

This makes them suitable for the majority of the kinds of shots that most people take on a regular basis, from scenic views to portraits.

The kit zoom lenses supplied with most DSLRs do a fairly remarkable job considering that they're designed to be as cheap as possible to make, so that they add as little as possible to the cost of buying a new camera.

The image quality of these lenses is more than adequate for general snaps but take away the budgetary constraints and it's possible to produce optics of markedly superior quality.

However if you aspire to produce images of the highest technical standard, possibly at big sizes, you'll be looking to upgrade the kit lens for a higher-end standard zoom before too long.

They'll probably be a lot bigger and heavier but they'll have wider maximum apertures and far superior edge-to-edge resolution, due to the use of technology such as aspherical lens elements and extra low dispersion glass

Telephoto lenses have a narrower field of view than wider optics, enabling you to crop in on details and magnify more distant subjects so that they appear closer to you than they actually are.

They're perfect for photographing things that you can't get physically close to (at least, not safely) such as elusive wildlife subjects and many sports.

They're also used for selective in-camera cropping, so you can fill the frame with a single tree in a landscape, or person in a crowd.

Telephoto lenses imbue your images with certain aesthetic traits, such as shallower depth of field, and the sense of compressing distance so that elements further away in your scene seem right on top of closer ones.

Although there's a wide choice of prime telephoto lenses, zooms offer the huge advantage of allowing you to zoom in or out to get the exact framing you want, which is especially useful given that in many of the situations in which you'd use one you may not be able to freely move around.

As a result, a telephoto zoom is a worthy addition to any photographers lens armoury.

To see our selection of Telephoto Zooms, click here 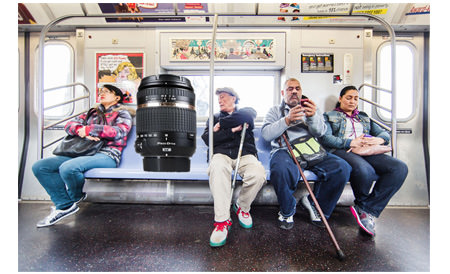 Many people are drawn to the idea of a single lens that covers every need from 18mm wideangle to 200mm telephoto and beyond. Such an optic would avoid the need to ever change the lens, so you'd never miss that once-in-a-lifetime shot because you had the wrong one fitted, and of course you'd never get dust on your sensor.

If you suspect there must be a catch then you're right; there are trade-offs with such lenses. In general, the longer the range, the more the optical quality tends to suffer, with lower contrast, poorer edge sharpness and greater distortion. Superzooms are jacks of all trades but masters of none, and will be outperformed by prime lenses, and many zooms with a shorter range.

The maximum apertures are pretty small too (as low as f/6.3 at the tele end) so you may have to raise the ISO more often to shoot handheld.

However, depending on what you photograph and the level of quality that you demand, you may find these to be sacrifices worth making.

The fact is that at smaller print sizes the average user is unlikely to spot many of these optical deficiencies, so they are fine for users who want reasonably good pictures that won't be printed too big or studied with a magnifying glass.

To have a look at our popular range of Travel Zoom, just click here 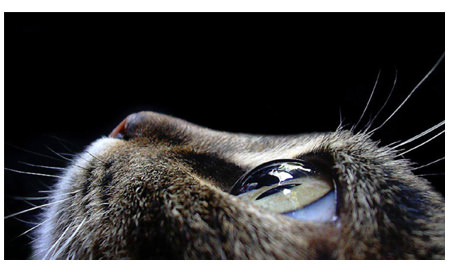 The first thing to know about Macro lenses is that most are fixed-focal-length (aka ‘prime') optics. The most common focal lengths are around 50mm and 100mm, with some in between, though there are also a few at around the 200mm range.

The great benefit of them is that they can also be used for general photography, as they can focus from infinity right down to 1:1 on a single rotation of the focus ring.

One of the main decisions in choosing a macro lens is which focal length to go for. The advantage of the more telephoto macros is that you can obtain your true macro from further away, so if you're photographing shy subjects such as butterflies you don't have to be so close to them.

It also means that you won't be casting a shadow over your own subject and have more space between camera and subject for any lighting that you might want to deploy.

To have a closer look at our Macro Lenses (see what we did there), just click here

There are heaps of bargain deals to be had on-line but on some retailer websites you get no advice and you can't pick up the lens to try it out.

There really is no substitute for going to a camera shop, speaking to an assistant and holding the lens in your hand. If you have a question you can ask it and get a reply straight away, and if in a week's time you have another you can walk back into the shop and ask the same person.

This is as true for the purchase of a compact camera as it is if you are starting out on what you hope to be a serious hobby. Building a relationship with a good camera shop will be invaluable. 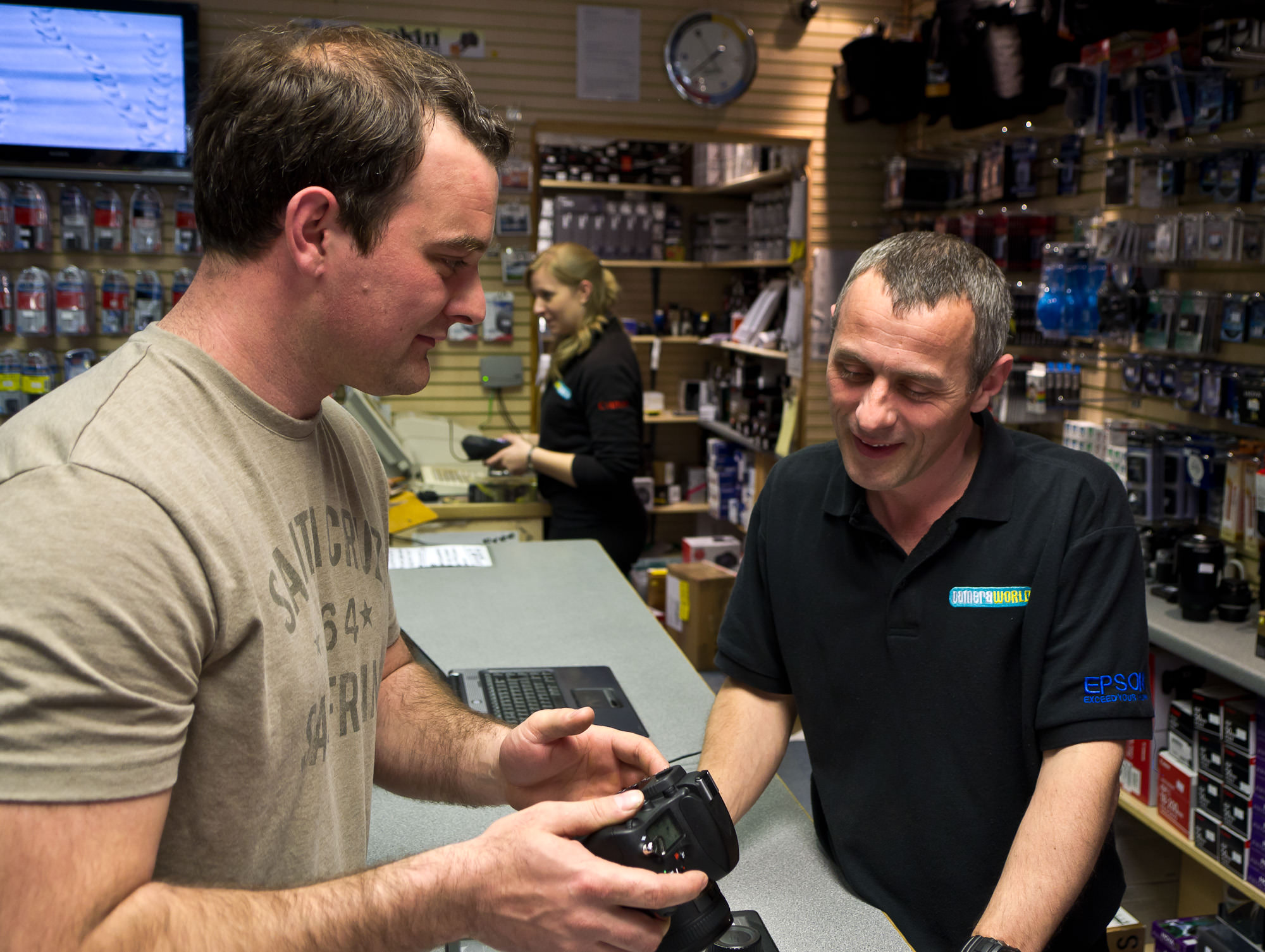 With thanks to Nigel Atherton & What Digital Camera Magazine