Free Delivery on orders over £150 . Part Exchange or Sell Your Equipment . Shops in London, Stevenage & Chelmsford

One of the most asked questions we hear in our shops is “How many pictures can I get on my memory card”?

The answer to this question is not clear cut as there are so many variables to consider so read on as we attempt to strip away the tech and give you a comprehensive guide to help you choose the best memory card for your needs.

The two most popular files for taking photos is JPEG and RAW.  JPEG compresses the image and therefore takes less space and as it is already processed it can be read by most photo viewer programmes. RAW is uncompressed and minimally processed so holds more data for post production therefore each file size is larger and it can only be viewed in a handful of programmes.

Some cameras will allow you to take both types at the same time however this will decrease the amount of space available on your card at a faster rate.

We've come up with this chart to give you a rough idea of how many still JPEG images memory cards can store dependant on how many megapixels your camera shoots with. This is based on a high quality, visually lossless JPEG compression that is 1:10 smaller than a RAW image. 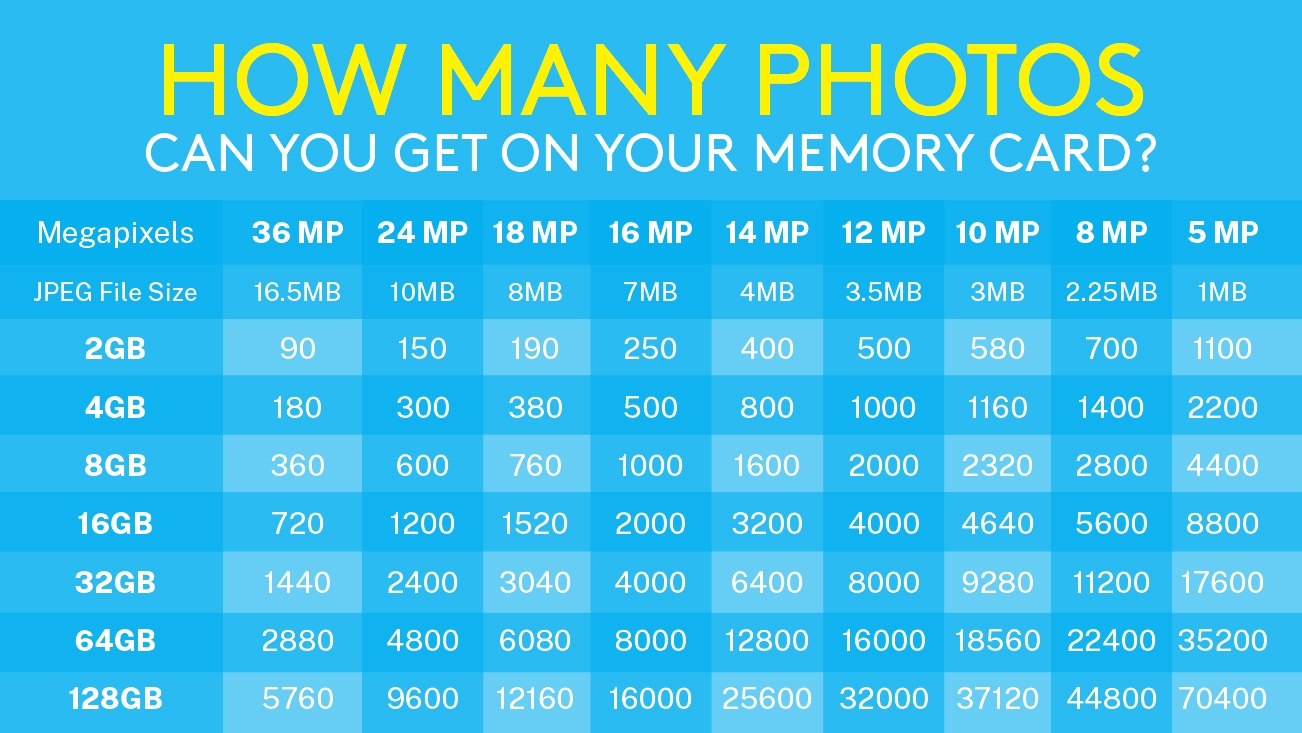 This is only a guide.  It is not going to be perfect every single time.

In terms of how much video would you get on your card, this poses a new set of questions, particuarly in terms of what compression rate, video file format and which level of definition you are recording.

The table below provides a guide as to what you can expect.

Not only is a memory card determined by its capacity, but with more cameras offering 4K and higher Movie capabilities, the speed of the card is also of importance and this is where the language gets a bit more techy.

Is performance important when talking about digital film?

As digital camera applications, camera resolutions, and picture and video file sizes continue to grow, the ability to both WRITE and READ large files have become critical performance requirement. Improved WRITE performance can significantly reduce the waiting time before another photograph can be taken (“image storage time”). Improved READ performance can significantly reduce the waiting time for photo and video files to be transferred to your computer–saving time and improving digital photography “workflow.”

Because digital film performance is so important in capturing the right picture at the right moment, some car brands have implemented an easy-to-understand system to indicate the speed at which the card is capable of storing data. The system is adopted from the CD-ROM industry, in which the performance of CD-ROM drives are rated in “x” increments, where 1x is equal to a sustained write speed capability of 150 kilobytes per second (KB/s). Lexar will continue to introduce faster products with greater “x” ratings, giving consumers an easy way to recognize the latest in high-performance digital photography.

We have all the latest cards at great prices, so take a look and add one to your basket. 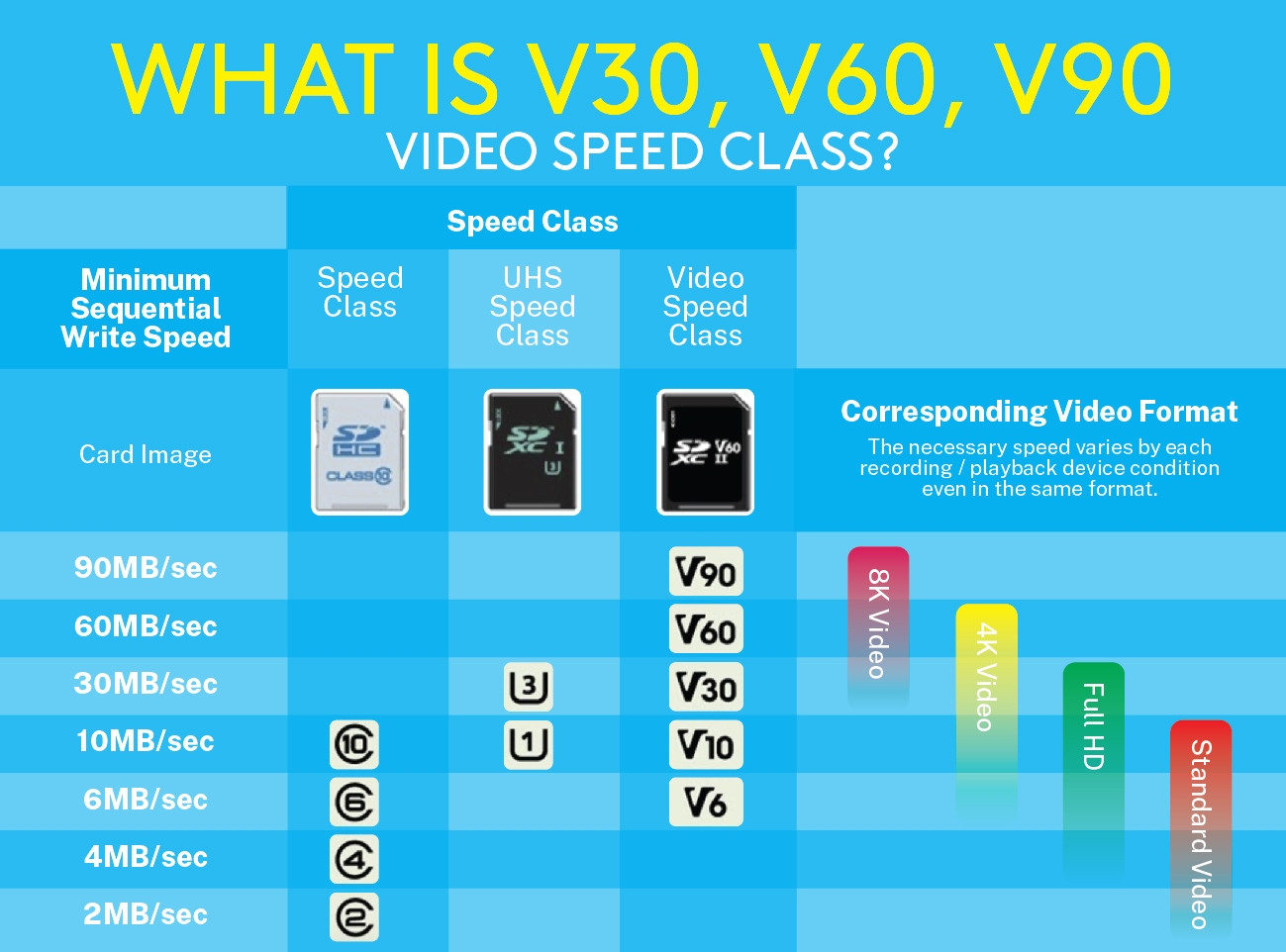 Back to Memory Cards >