This entry was posted on April 11, 2019 by Gaz from Cameraworld London Branch.

Being a Norfolk girl myself and from Hunstanton, just a few miles from Gary's stomping ground, I was delighted to see Gary getting this recognition from the BBC for his wonderful photography.  A landscape photographer, Gary has told how he was drawn to spend more than 10 years capturing a "magical" coastal scene.

Cleaning contractor Gary Pearson said he had become "obsessed" with Thornham, in Norfolk. 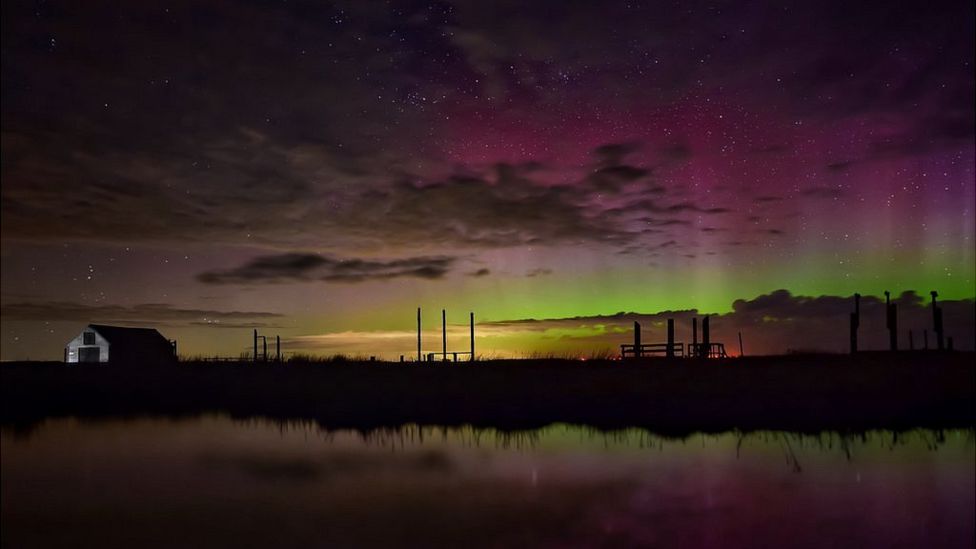 The Northern Lights can sometimes be seen from the Norfolk coast

From the Northern Lights to wildlife and old fishing boats, the 51-year-old has gained a following of more than 4,000 on Facebook while photographing its "ever-changing vista".

Now he has collated his favourite images captured in the area around the staithe, or quay as it is sometimes known - an area of wild open marshland popular with walkers, photographers and birdwatchers. 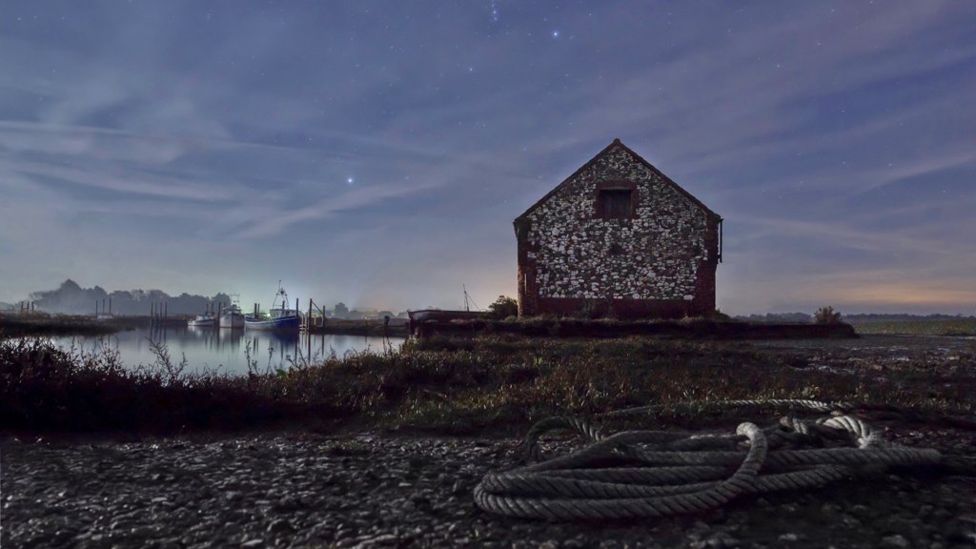 It began when he captured a moonlight scene soon after moving from Boston, in Lincolnshire.

"On this particular evening I had my camera with me and seeing the rising moon decided to venture down the lane to see what was there," he said.

"I questioned myself as to why I was even driving past a sign that said tidal flooding, but the tide fortunately was lapping gently at the side of the road though, with the moonlight reflecting on the water which was magical." 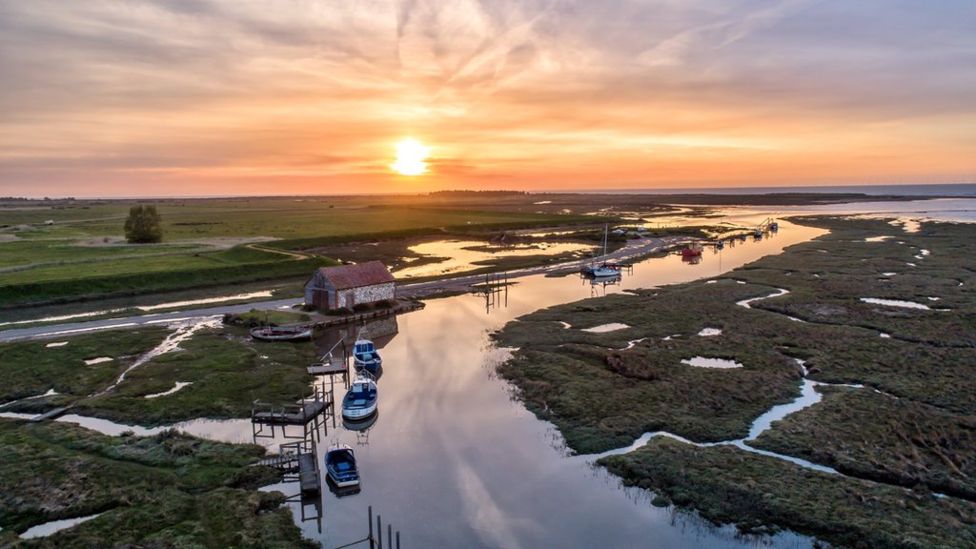 He then returned to the same spot the next morning.

"This time the tide was out and everything looked totally different, beautiful, peaceful, the sound of wading birds calling and a sea breeze rustling the reed beds on the marsh," he said. 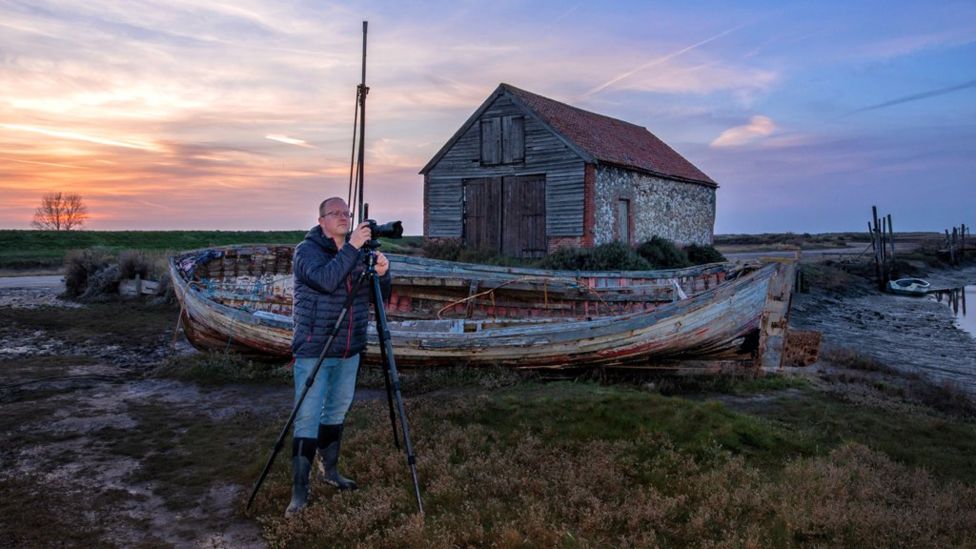 "I started taking photos when I was six on a box brownie given to me by my grandfather," Gary Pearson said

"The more I looked, the more I came to realise what a special, magical, place it is." 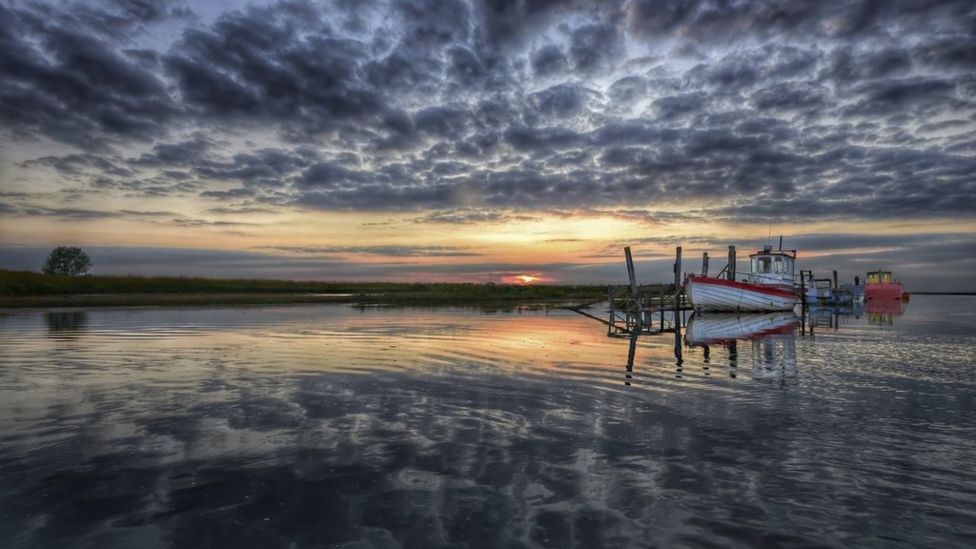 "It's my place to escape from the hustle and bustle of daily life, a bolt hole, a place to wind down," said Mr Pearson

"Thornham ticks every box for me having many focal points - the coal barn, the colourful boats, the unusual old wooden posts sticking out of the marsh at the end of the road and a plethora of wildlife," he said. 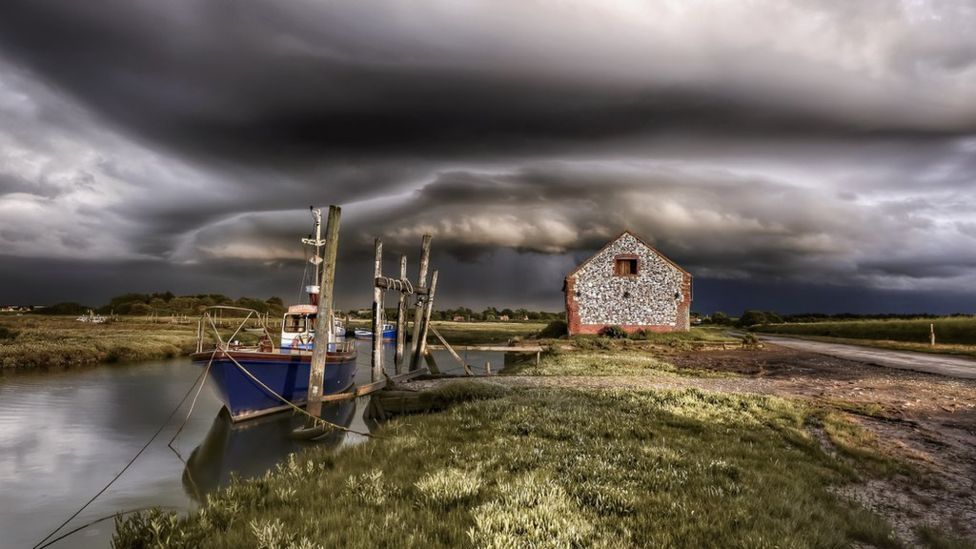 "At the first sign of a storm I'm out with my camera," Gary Pearson said 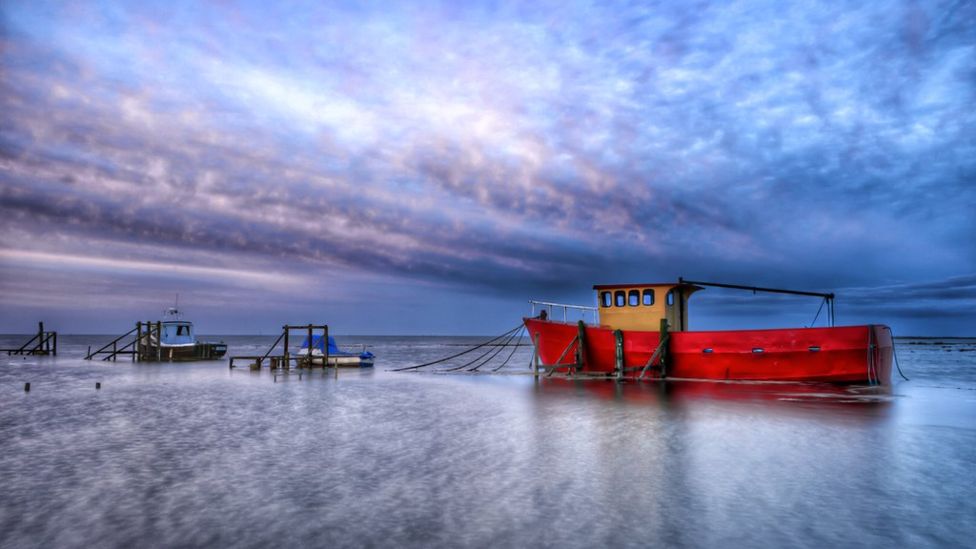 "But you can't help but think they'll be always be something better, which is why I keep going back. I've become obsessed." 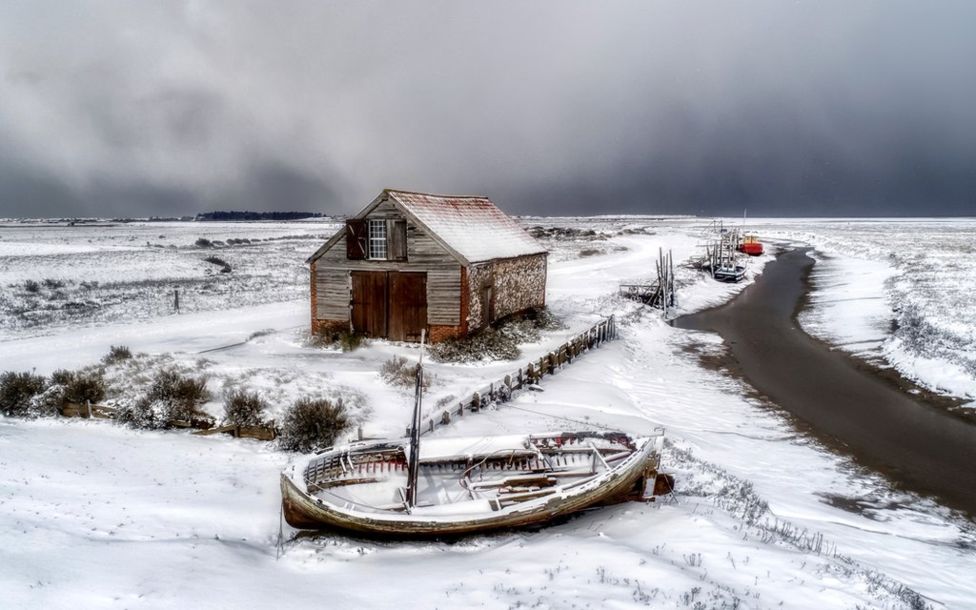 A major highlight was capturing the Northern Lights in 2016.

"It was one of those moments you wanted to jump up and down - I've never seen it anywhere near as good along the Norfolk coast since," he said. 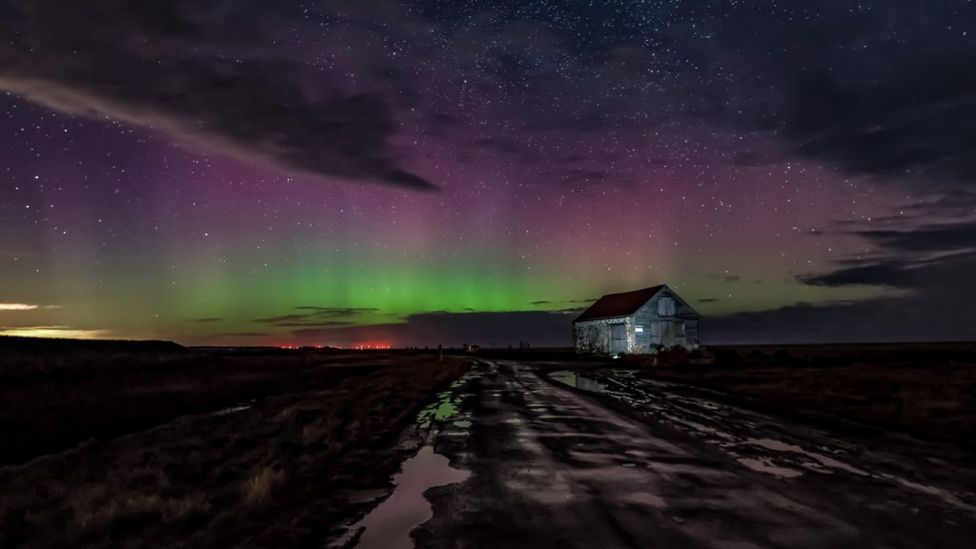 This was a "jump up and down" moment

Thanks Gary for sharing your photography.  I love seeing your posts on Facebook; a snapshot of home which I love to see.

First published on BBC on 7th April 2019.  Reprinted with permission.  All images copyright of Gay Pearson

This entry was posted in Photography and tagged norfolk coast, captured in photographs, landscape photography, thornham on April 11, 2019 by Gaz from Cameraworld London Branch. ← Previous Post Next Post →