Travel the World with Julian Elliott

This entry was posted on June 27, 2020 by Abby from Cameraworld Buying Team.

Julian Elliott was born in Salisbury in southern England. He spent most of his life there until he left in 2010 to live in the Loire Valley, France although as a landscape photographer who travels the world, he is often on the road. 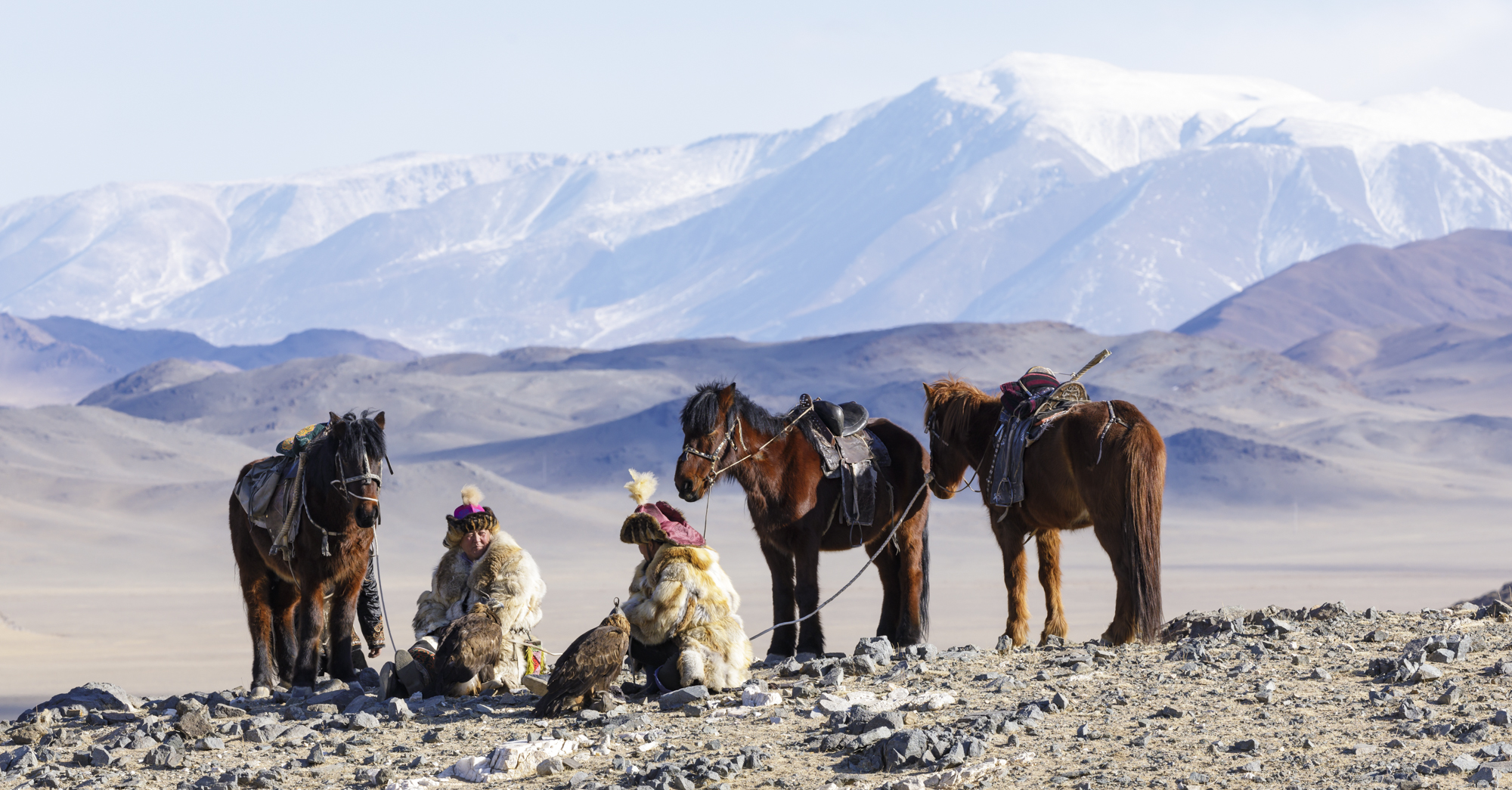 My first camera was a Canon 350D, back in April 2005. For a long time I only had the 18-55mm kit lens that came with it. It was also the camera that I managed to sell my first images from in 2009 to the now defunct Salmon Calendars.

How and when did you get into photography?

I had visited the city of Paris in December 2004 and absolutely loved the architecture and the beautiful buildings that you find in the city. At the time I only had a small compact camera but started to make further visits. I purchased a cheap tripod to get steadier images but eventually after a conversation with what was my local print shop I purchased the Canon 350D in order to do long exposure photography in Paris. I loved waiting until the evening when the lights came on and would find places to do traffic trails. 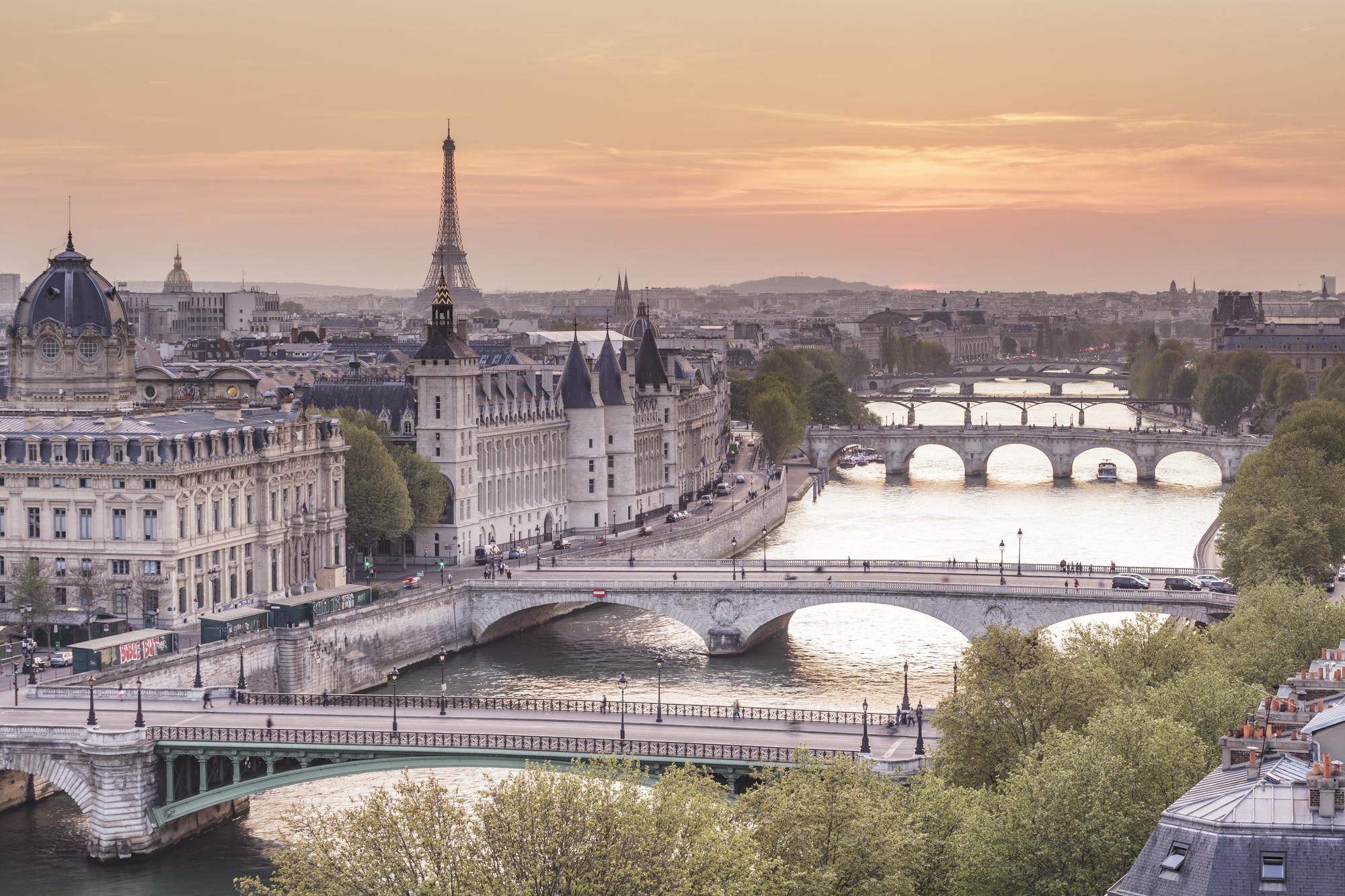 The city of Paris at sunset. It is one of the most visited cities in the World today.

What does photography mean to you?

To me photography is my livelihood and how I generate my income. It’s as simple as that with me. It’s pretty much my life although during periods of the day when I’m at home and I’ve had enough of processing work I play the guitar. 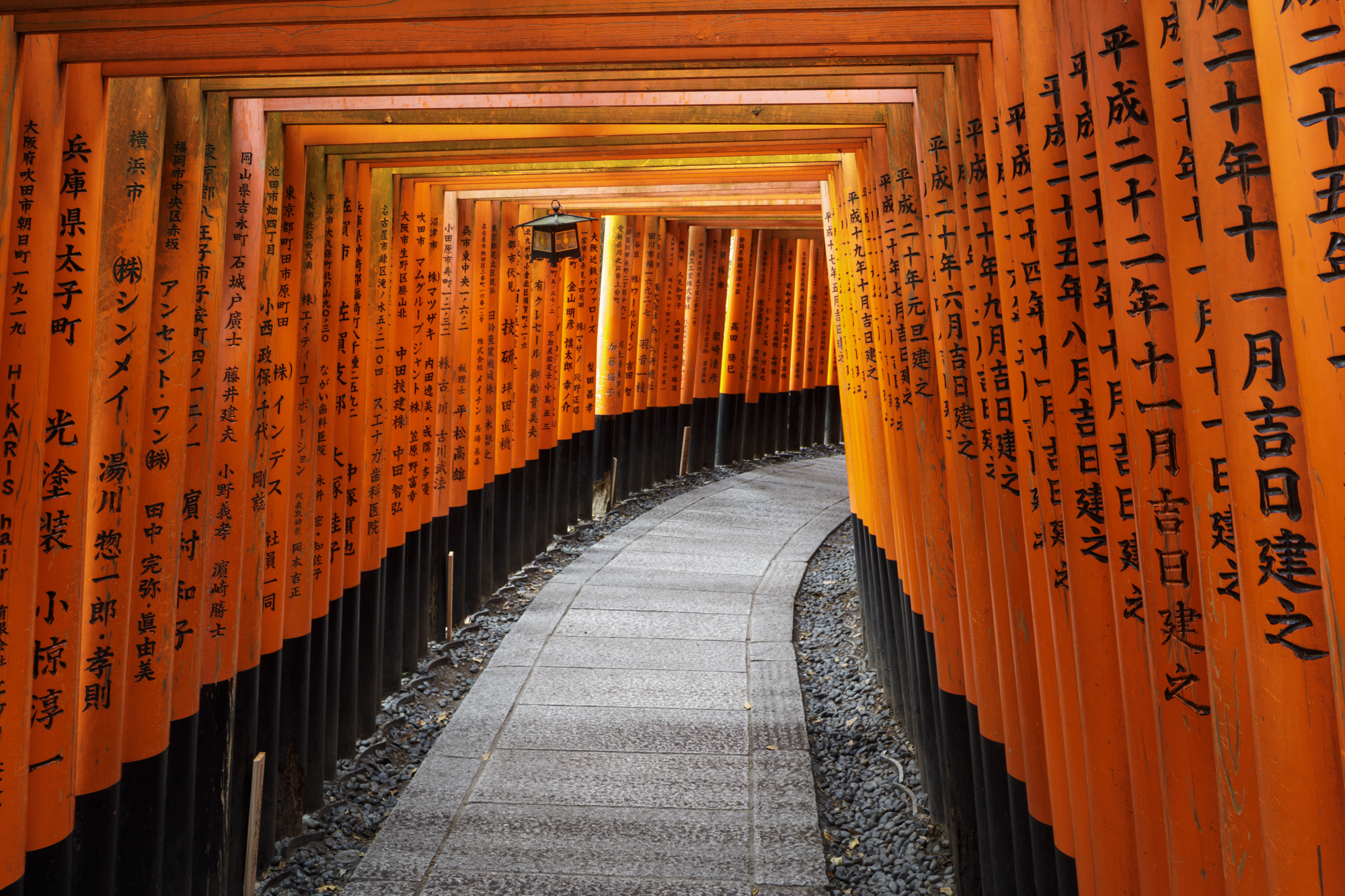 Once I made the leap to being a full-time professional then the travel side took over as I started to earn more. Once I figured out what was starting to sell in the image libraries then I started to use the income to travel further and further afield. Initially it was cities in France then Italy and other European cities as well as certain landscapes such as the Dolomites before eventually going further afield to places such as Japan, Mongolia and Vietnam.

What equipment do you have now and what is your favourite lens?

I am still a Canon user after all these years. Back in 2010 when I made the leap from the Canon 350D to the Canon 5D Mark II I had started to invest in the L series lenses.

In addition I have a Kessler time lapse head as it’s an area that I progressed into back in 2014 and this is at times coupled with a Promote Control which gives you the ability to do all sorts of things without touching the camera such as focus stacking; holy grail time lapse and crazy HDR exposures.

My favourite lens would have to be the Canon 24mm TS-E Mark II tilt/ shift. It has made many images possible where they wouldn’t have been before. It is expensive but it’s definitely paid for itself a number of times. 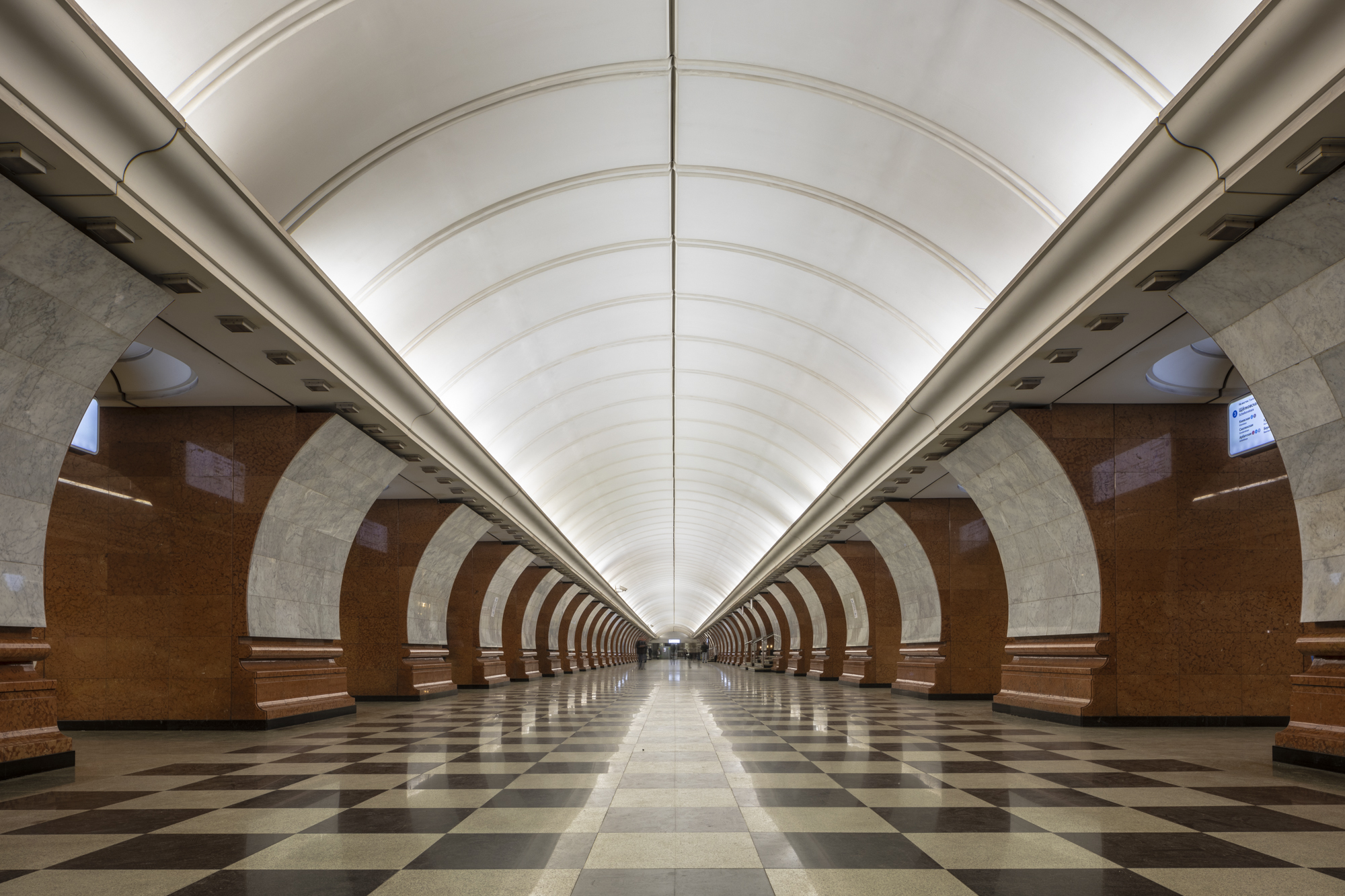 Where do you get inspiration?

When I first started my inspiration came from Lee Frost and the series of books he had written about long exposures and then photo filters. From here I started discovering Charlie Waite and Joe Cornish. It took a while but I then also started appreciating the work of David Ward and how he photographs the landscape within.

On the travel side, David Noton was a huge inspiration back some time around 2009. I remember a DVD he did showcasing his travel and landscape photography. He was a major inspiration for setting the alarm clock early to get up and photograph the first light of the day.

These days inspiration might come from a magazine article or a conversation with someone I meet out in the field. For example, one morning I was photographing Florence from the Piazzale Michelangelo and a guy stood next to me said that I should visit Salamanca in Spain as it’s just as beautiful. Two months later I was stood in Salamanca.

I also draw some inspiration from filmmakers on YouTube and have loved watching Brandon Li and also a guy called PPPeter who does some travel vlogs as well as some of the wall comedic stuff. PPPeter isn’t a photographer but his travel vlogs are excellent.

Would you consider yourself a hobbyist or a paid professional?

I am a paid professional photographer. Recently during a presentation I was asked if I ever take images for myself. I do but at the back of my mind I am always thinking about where those images might actually end up for sale.

Despite this illness, as I say to people, I do love what it is that I do. The thing that I really love is getting out there and meeting people from around the world.

There is nothing better than meeting people of different countries and cultures. Stripping away any negatives and preconceived notions of a place to find the positive within.

Do you plan what you want from a photo in advance?

It very much depends on where I am and what it is that I am doing. Sometimes a plan works but other times you just have to go with the flow of things. Don’t let yourself be constrained by preconceived ideas and notions of what it is that should be done.

If I am visiting a city, such as Tokyo, for the first time then I will make some kind of plan using Google Maps. From here I’ll hit the typical spots that every other first visitor is likely to do before starting to look underneath the hood of the place.

Repeated visits to cities are always a good idea as you’re always discovering new things and cities are of course being constantly renewed with old buildings coming down and new ones coming up.

Mongolia is a great example of where you need to go with the flow. It’s so vast out there that as a landscape and travel photographer it can be quite challenging. It’s one of the talks that I have been doing to the camera clubs and I explain to them that you have to go and make your own icons. Break free of the photographers guide to location X as Mongolia is about the journey that you’re going to undertake. 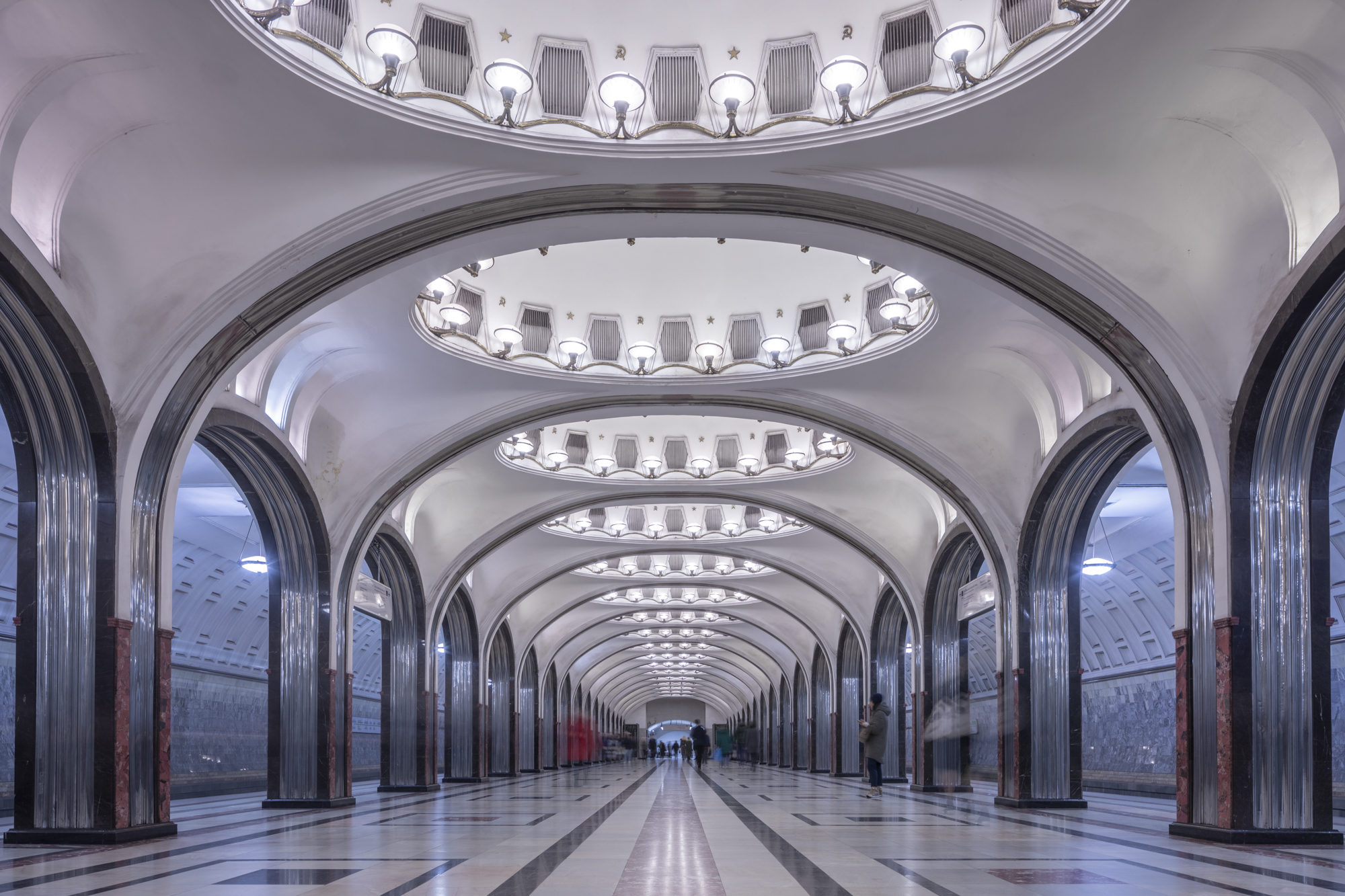 Studio, on location or both?

For me it’s on location. I’ve never done studio photography but I can absolutely appreciate what studio photographers do. I’d love a stab at that style of photography to see if I could take things from it to apply when I’m out in the world traveling.

It is very hard to beat being out early in the morning when the first light hits the scene. The colour in the sky and the long shadows when the sun first beams its light across the scene.

What has been your most memorable photo shoot and why?

That’s a tough question as there have been many. Vietnam, September 2019, was a memorable one that is engrained on the mind! I had spent nearly 12 days photographing the country for a Vietnamese travel agent but when I went to leave the country on 28 September, to go and do a job in Romania and Moldova, the airport security stopped me because of my laptop.

Turns out it was part of a recall and, despite having flown to many different countries and never once having a problem, I was told that flying wasn’t an option unless my laptop had its battery replaced or I left it in Vietnam with a friend.

Obviously the latter wasn’t going to happen so I went into Da Nang two days later to get a replacement. How long is it going to take? Give us around 2 weeks and it’ll be back with you. What!?! So I spent nearly 3 weeks in the city of Hoi An making a number of Vietnamese friends who I am still in contact with today as well as starting to learn the language. 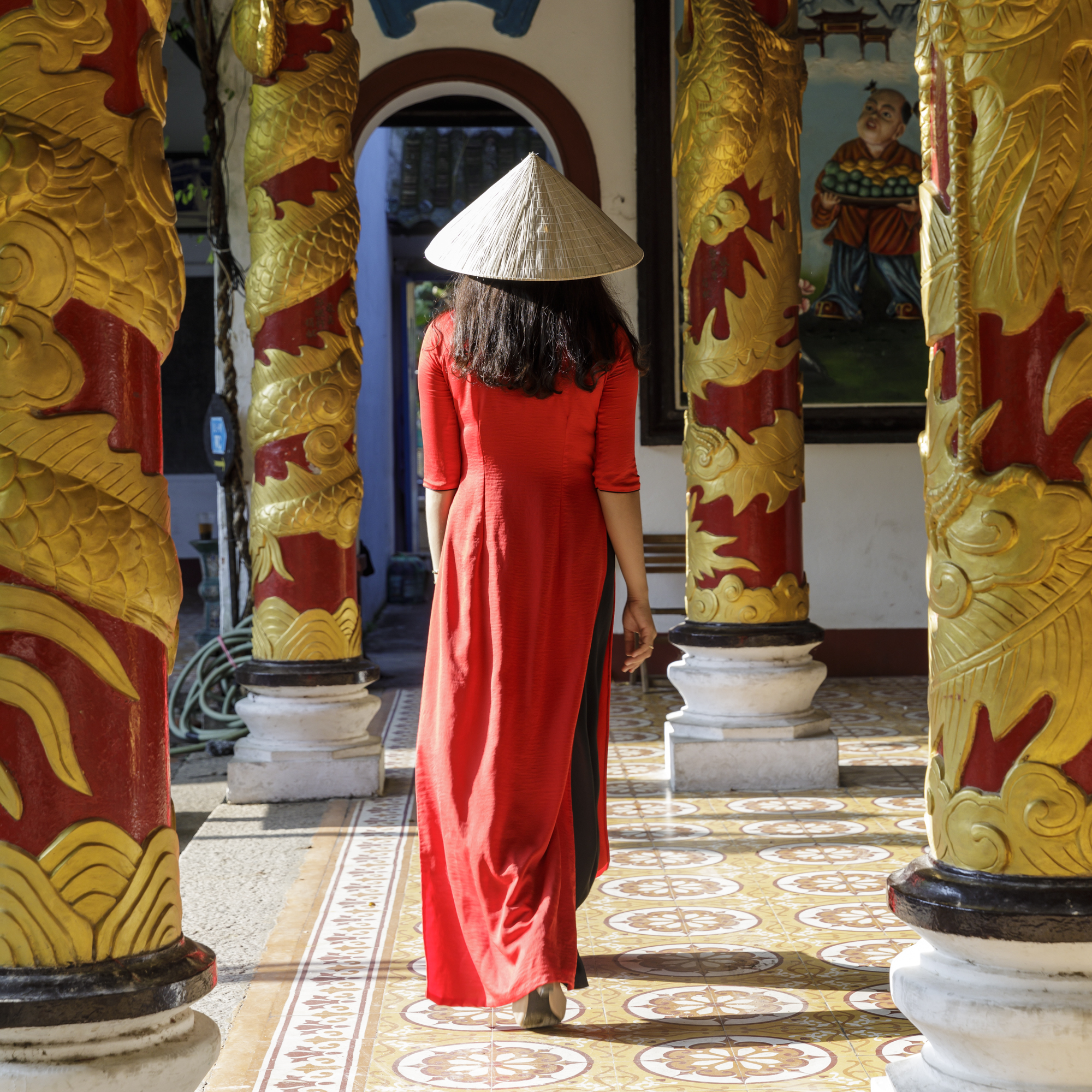 How has Lockdown affected your work?

Initially the lockdown of travel and closing of borders crippled me severely. In mid-March I had a number of offers for this year to do commissioned work in places such as Ecuador and Tunisia but suddenly everything changed. A planned trip to Taiwan and Vietnam also had to be put on hold as the countries tightened up their borders to tourism.

However, in early April a chance phone call from a friend who is in a camera club suddenly opened up huge opportunities for me to present my work to a new and fresh audience. Normally, because of my location, I wouldn’t be invited to present at the camera clubs in the UK because no one is going to pay my travel expenses. But now camera clubs (not only in the UK but also much further afield in New Zealand; Australia; Ireland; the USA and Canada) have been able to see the work that I do using the Zoom conferencing software - despite the time zone differences.

One of the huge problems I have had in the past is getting my work in front of people. Social media is good to a point but I don’t really have the time to be doing endless YouTube videos and posting in places such as Instagram every single day.

So for some people the lockdown has pushed them to the boundaries of depression as they wonder how to keep going. But I flipped it on its head and turned it into a huge positive.

I have been saying to people that if you say “things will get better” then there is still an element of doubt within that phrase. However, if you change it to “things are going to get better” and “we are going to be able to travel again” then you can slowly start to put a much more positive aspect on all of this. 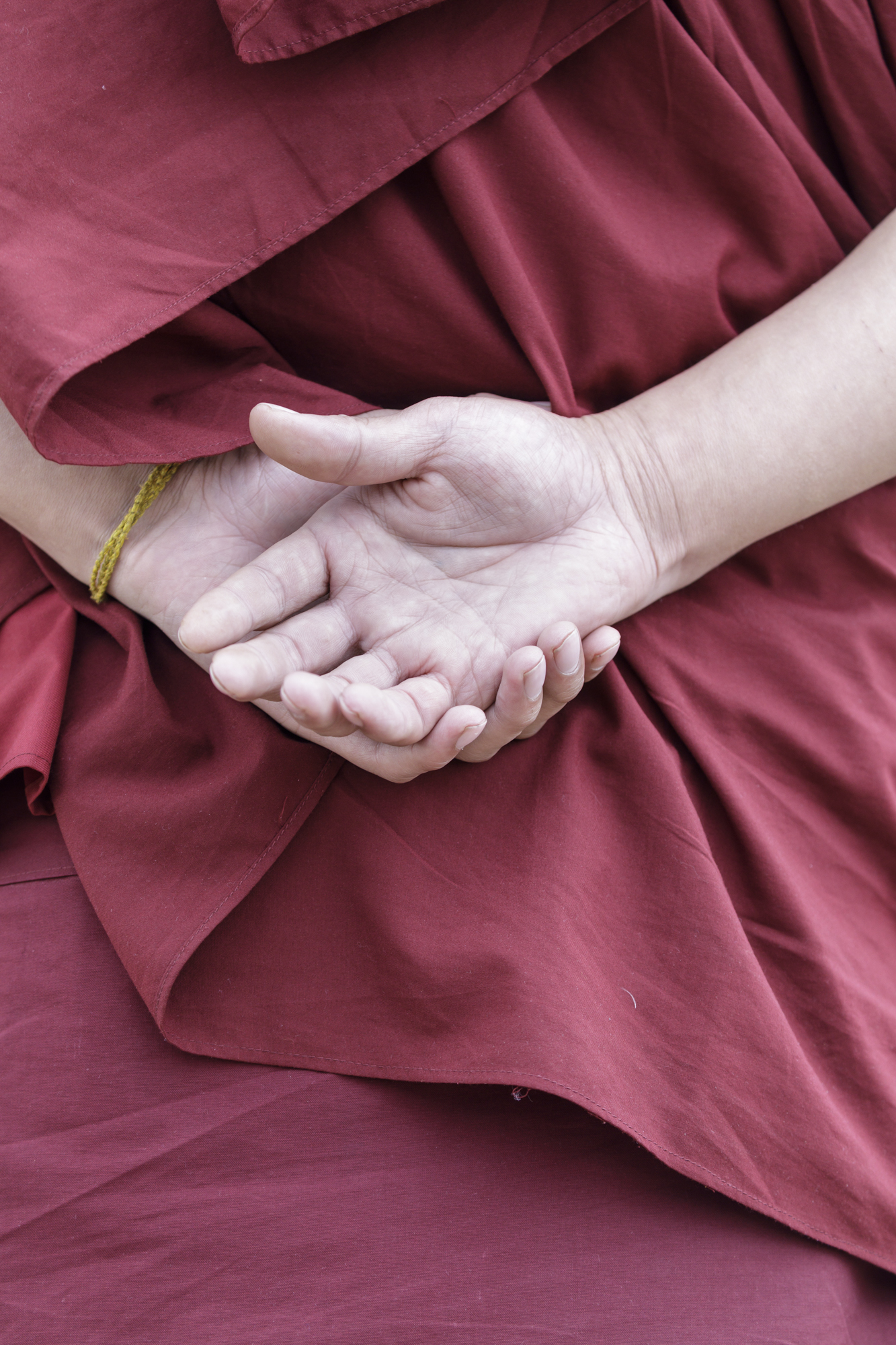 What is one piece of advice you would like to offer a new photographer looking to start out or to someone looking to go professional?

From a landscape and travel photography side, I think that you have to be prepared to give up the idea that most of your time is spent traveling. You need to do something with the images that you’re creating and so you do actually spend a lot of time behind a desk processing the work to send off to places such as image libraries or clients. Is that a negative? Absolutely not but I have found over the years that people look more at the end product rather than everything else that has gone into. If you can get over this hurdle then absolutely try. You only live once.

This entry was posted in Photography news, photographer interview on June 27, 2020 by Abby from Cameraworld Buying Team. ← Previous Post Next Post →