An innovative exhibition based on Victorian photos

This entry was posted on August 21, 2020 by Abby from Cameraworld Buying Team. 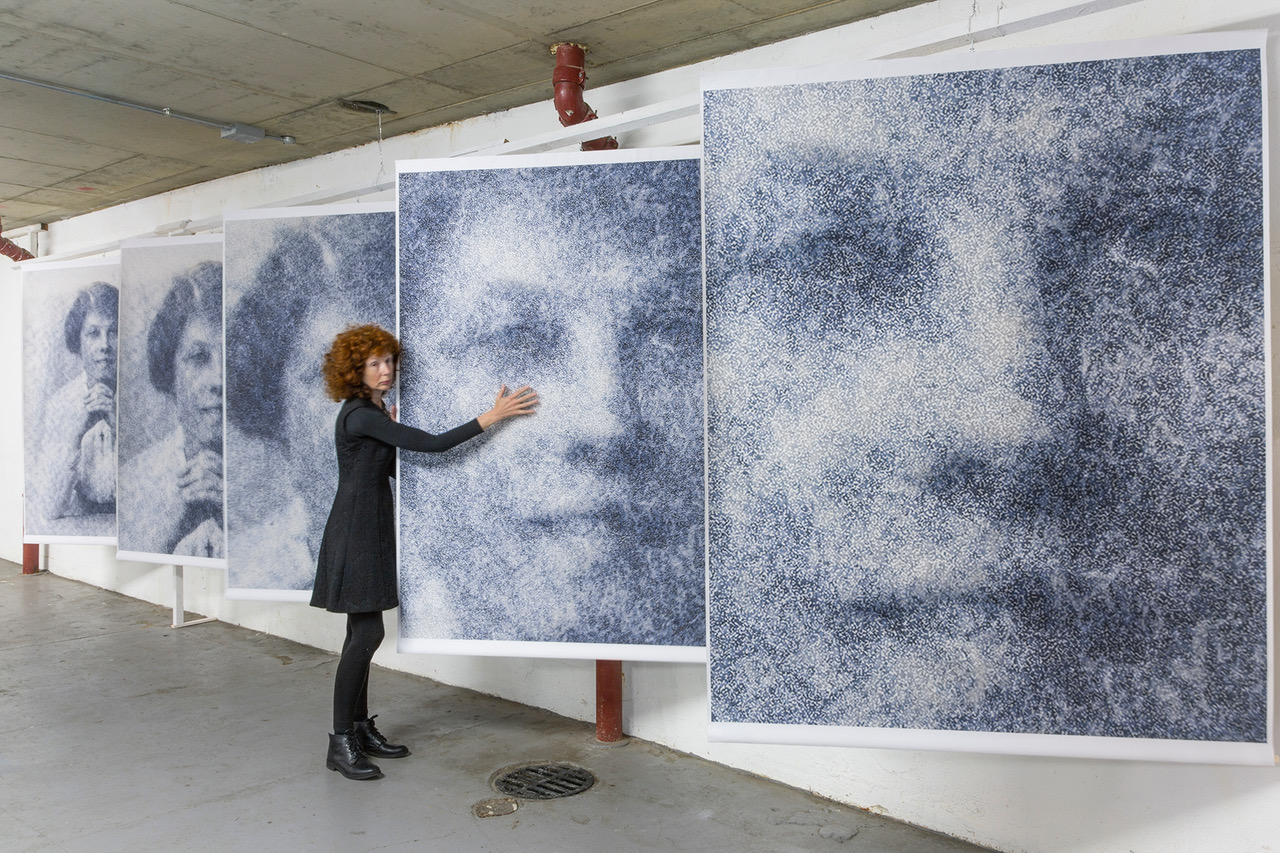 Old family photos are always intriguing. We can’t get rid of them but we’re not quite sure what to do with them. Great-grandparents posing for formal wedding portraits, a yellowing image of a cousin in military uniform or a long-forgotten great aunt in a crinoline dress.

But when photographer Julia Cameron discovered a box of typical old family photos, she wanted to do something more interesting than just make digital copies or put them in an album.

Instead, she invented a novel process for reworking the images and the results are now on show at the contemporary art exhibition called Kinswomen, held in Norwich. 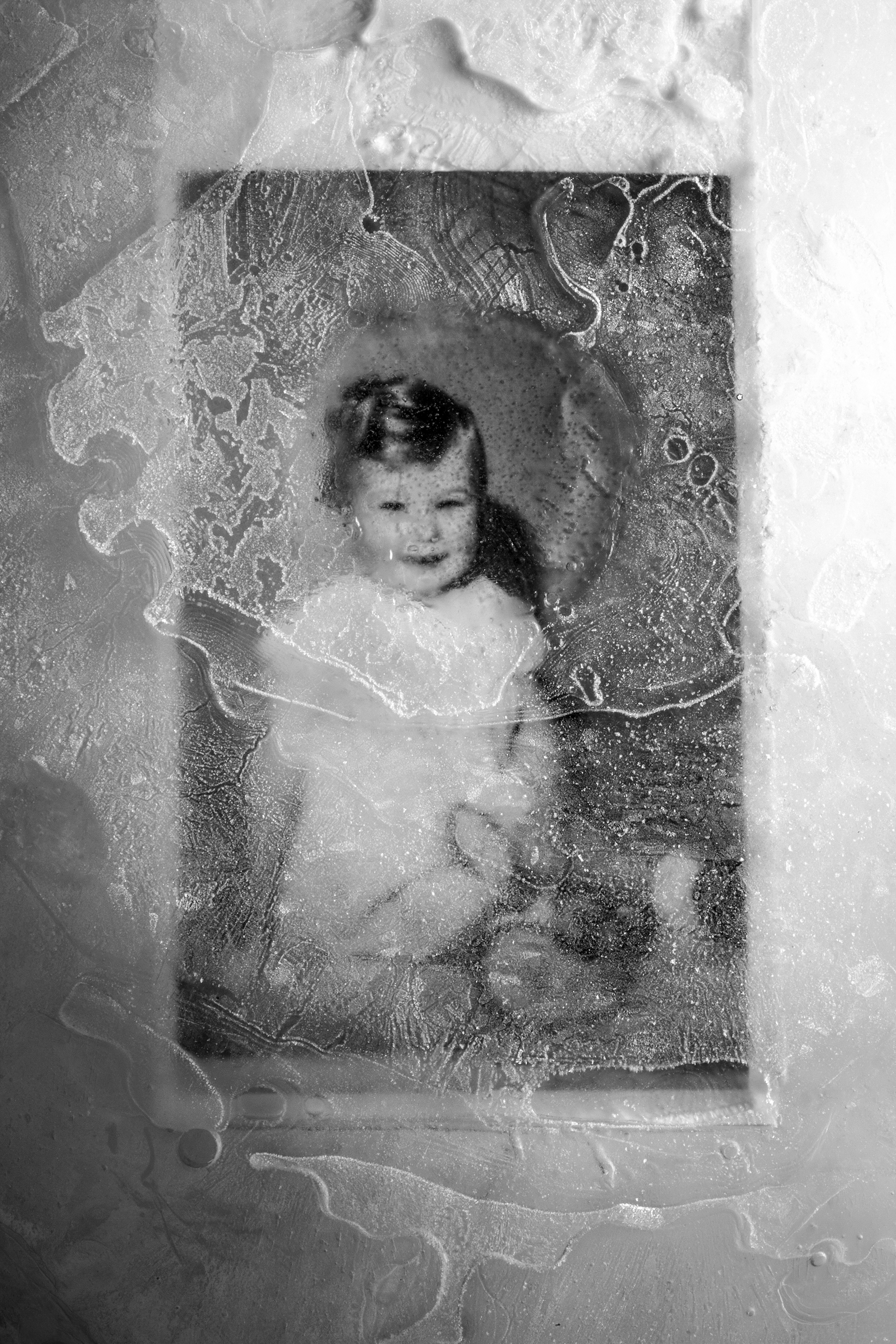 In 2017 Julia saved the package of old photos and keepsakes from her family. It was destined for the skip and contained photos, letters and cuttings that she never even knew existed. She had spotted them when her father’s room was cleared after he died.
She had discovered images of four generations of her family – mainly formal photographs taken in a studio and dating from Victorian times as well as letter and newspaper snippets.

“My mother had kept these items and I knew nothing about them until I literally lifted the lid on them,” says Julia. “Most people have a dusty keepsake box in a cabinet or attic with albums or collections of family photographs and letters,’ says Julia. ‘Mine were acquired on the death of my father at the age of 93. 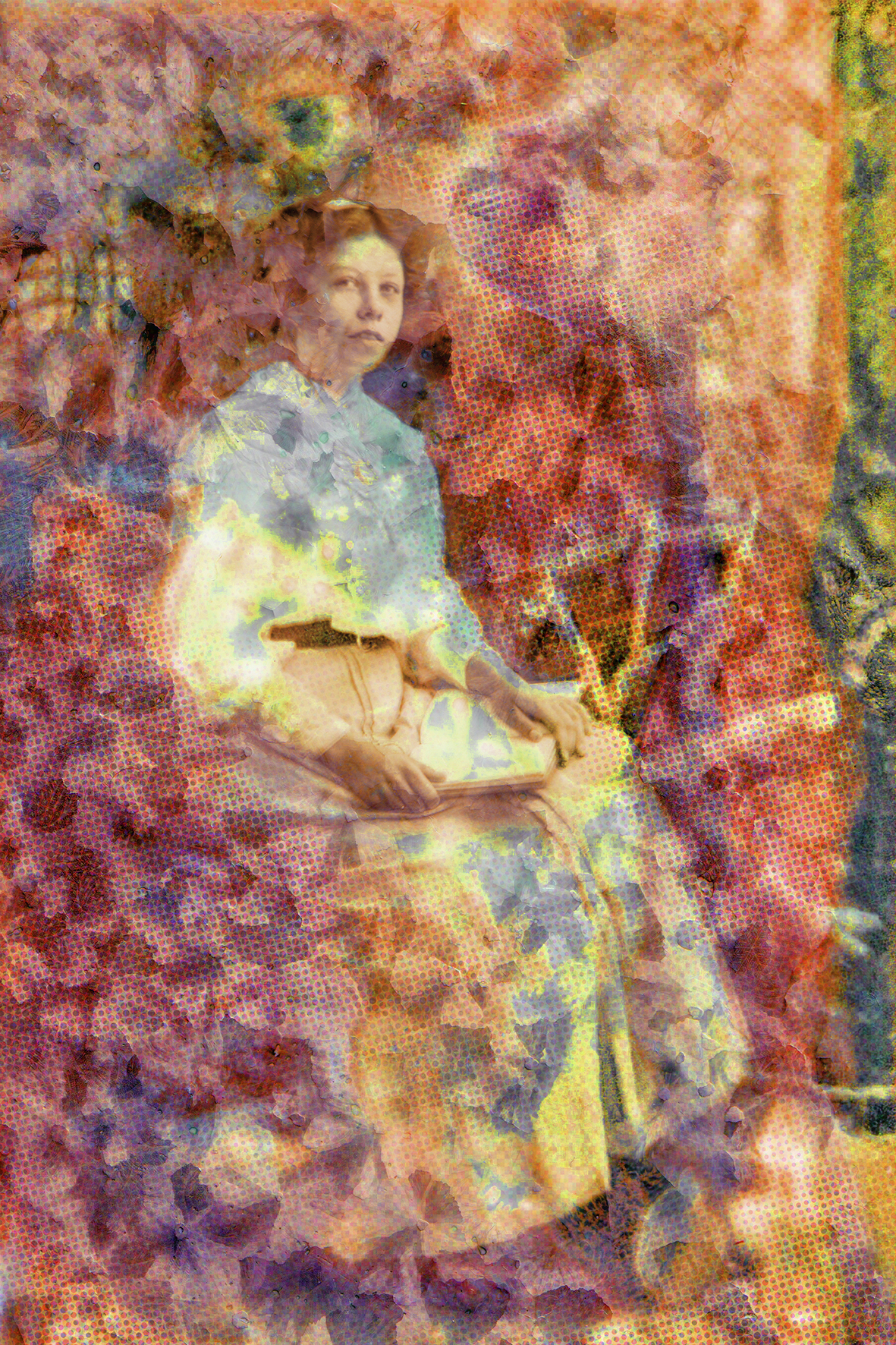 “In a cupboard in his room I found old cameras, a container of random seashells and an old box. It contained an astonishing archive that I had never seen before with material about my mother, grandmother and great grandmother.”

“Then beneath the box in a large brown envelope I found photographs, unknown to me, including official portraits of my mother’s confirmation.”

Re-imagining the family album as art Julia, a former commercial photographer, began preserving the photographs in order to share them anew. ‘I have created a synthesis of the old physical photographs, combining them and changing them to make new versions that are imbued with memory and emotion. 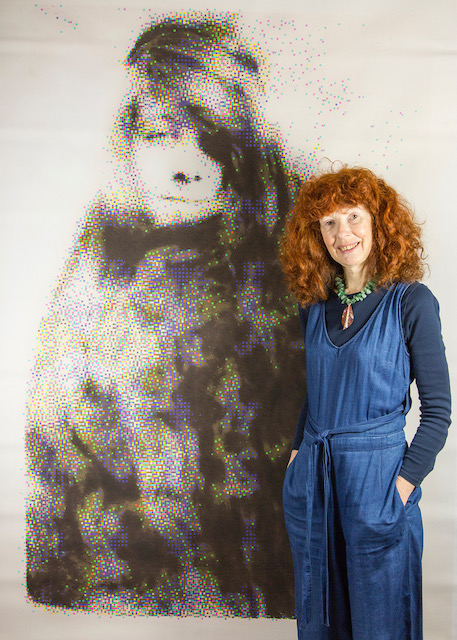 “Most of the people in the photographs are dead and the past cannot be retrieved. However, while they are a source of sorrow, to my mind they can also be a source of comfort by making the images differently and bringing new life and connections to my past family” says Julia.

“Many of us inherit this kind of box and I began to question their importance and what should be done with them,” says Julia. “Feeling somewhat bereft after the death of my father, I also felt the need to make some sort of ‘contact’ with my predecessors using photography as my medium because I am the last generation to have had physical photos taken of them. “Everything is digital now and there will be no more boxes to be passed down to future generations. It has stopped at me.

“Although in some sense autobiographical, most people have some old family photographs with which they have their own connections. It is my hope that the exhibition will prompt visitors to get out, examine and value their own pictures, letter and documents as a way of ensuring a continuity of their own family history.

Photographic techniques Julia developed what she believes is an original photographic technique for  reworking the old photos. The idea behind this technique was that freezing is used as a
preservative and that this could provide a metaphor for keeping the memories of my past family. 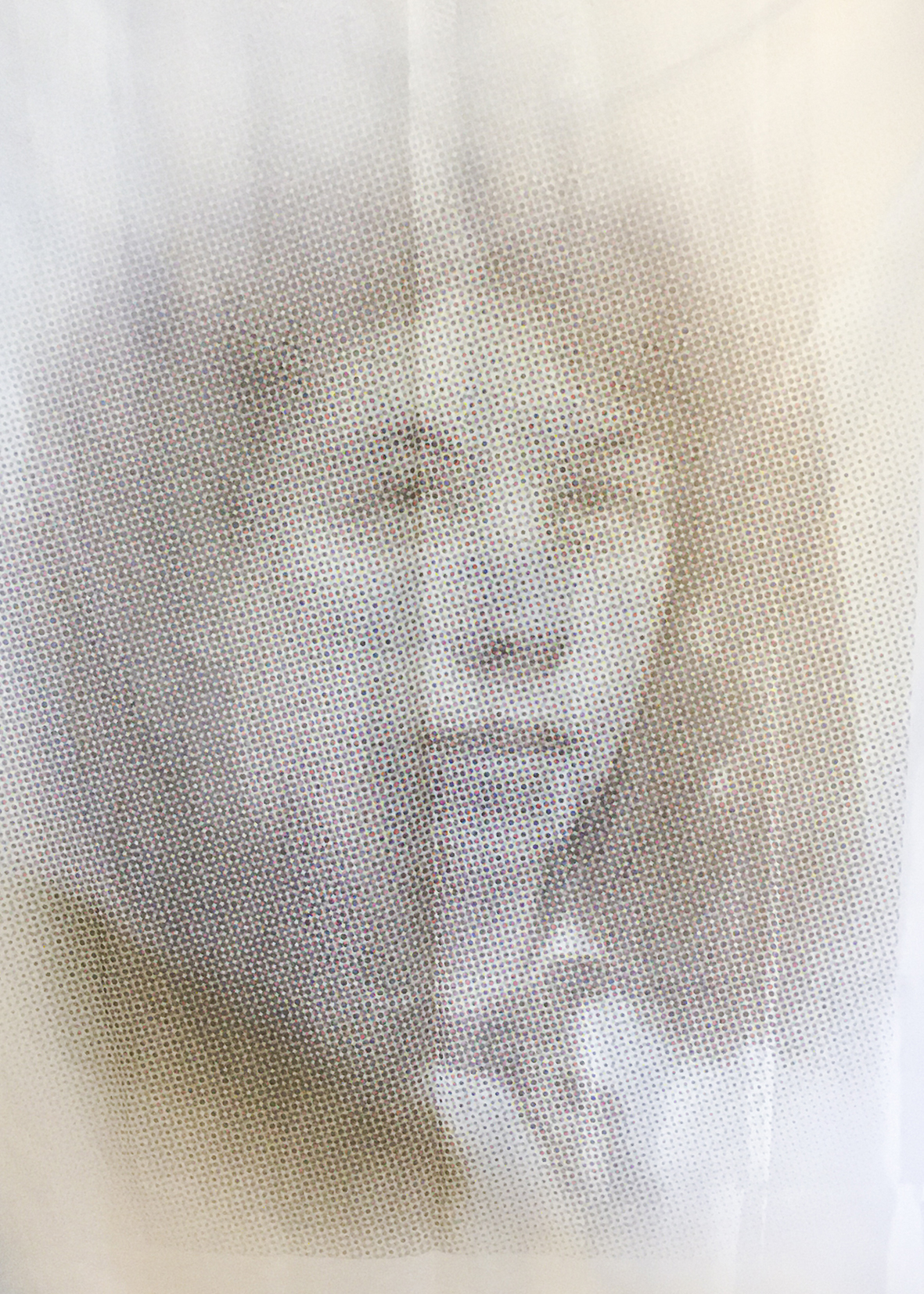 Julia started working as a professional photographer after an earlier 34-year career as a
teacher, lecturer in art and design and embroidery and finally as a lecturer in Education
Studies at City College, Norwich.

As a commercial photographer, she mainly created images for websites, but was also
drawn to photography as an art form – eventually concentrating full-time on making
artistic work.

“Commercial photography has easily understood narratives, but I wanted to make my
own. It is a view of the world through lenses – both externally in the ‘real’ world and
internally in the mind’s eye. The camera captures and records visual information that is
edited, processed and assimilated to express personal reflections and contemplations
on experiences and feelings.”

In 2010, coinciding with the launch of her commercial work, Julia won a photography
competition run by Norwich Heritage Economic and Regeneration Trust with a striking
and highly acclaimed picture of St Stephen’s Church, in Rampant Horse Street. The
image, selected from 180 entries, was praised by judges as ‘simply a beautiful
photograph. The photographer has created a piece of art.”

More recently, another important acknowledgement of the quality of her work came
when she was awarded the Naked Wines prize for an outstanding work of art in the
Norfolk Contemporary Arts Society 2016 exhibition. “This was the first real recognition
that I was now a bona fide artist.” says Julia.

Julia Cameron’s elegiac and striking landscape photographs, for which she is also well
known, break with many long-standing conventions of her discipline.
Images are frequently shot towards the sun in fog or murky light and feature bleak
landscapes shunned by most conventional photographers.
The results forge a new way of seeing through the lens - creating innovative and
beautiful art compositions using the medium of photography. Evocative and often
almost abstract, Julia’s work captures the Norfolk landscape with a fresh perspective.
“To me, working as an artist in the medium of photography has been a renaissance and
re-invention of myself. You are never too old to be new,” says Julia, 64. 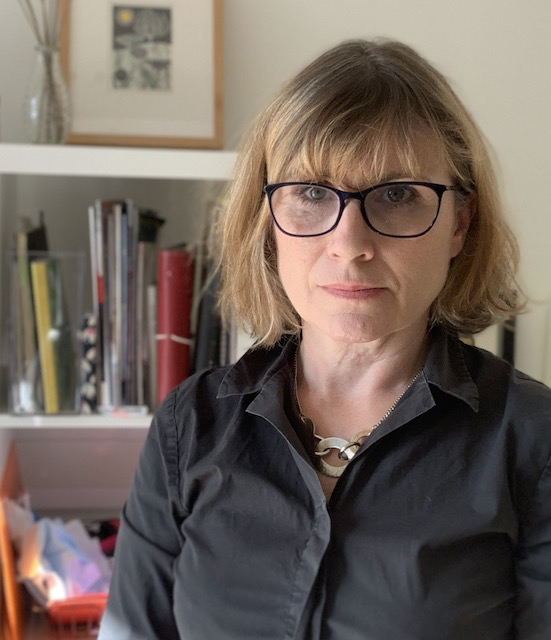 This entry was posted in Photography events, Photography news, photographer interview on August 21, 2020 by Abby from Cameraworld Buying Team. ← Previous Post Next Post →