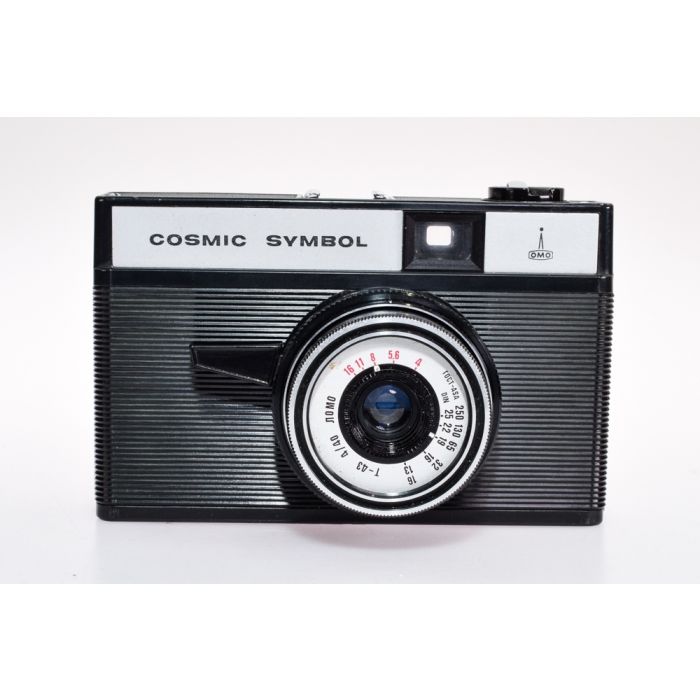 The Smena Symbol (also marked "Смена Символ" "Smena Symvol", or called Cosmic Symbol) is a 35mm camera that features a LOMO T-43 40mm f/4 coated triplet lens. It was produced from 1973-1993 by LOMO in Leningrad (now St. Petersburg), Russia. Production estimates are in the 10s of millions. Export versions were available from German Foto-Quelle as the Revue 135 Symbol and in the UK as the Cosmic Symbol.

In essence, the Symbol is an improved Smena 8m with a film advance lever (replacing the knob) coupled with shutter cocking, which make the camera much faster and more convenient in use. Smoothly working shutter release lever replaced the crude button on top of the Smena 8M body, sadly the cord release socket was deleted. A flash is now synchronized by a hot shoe contact instead.

The aperture scale (inside the filter thread, so unusable if a filter is fitted), doubles as a film speed scale (marked in DIN and ГОСТ-ASA) when using the weather symbols to set the shutter speed.