It’s been a little over ten years since Panasonic introduced the mass produced mirrorless camera – the Lumix DMC-G1.  Since then, Panasonic have been at the forefront of mirrorless camera technology, introducing many ‘firsts’ that are now seen as standard features.

It is only fitting that the company who introduced mirrorless camera technology to the world bring their latest innovation.

First announced in September 2018 at Photokina, Panasonic revealed that they were working on two Full Frame Mirrorless cameras equipped with the world’s first 4K 60p/50p video recording function and a new Dual IS stabilisation system.

The new LUMIX S-Series has arrived… 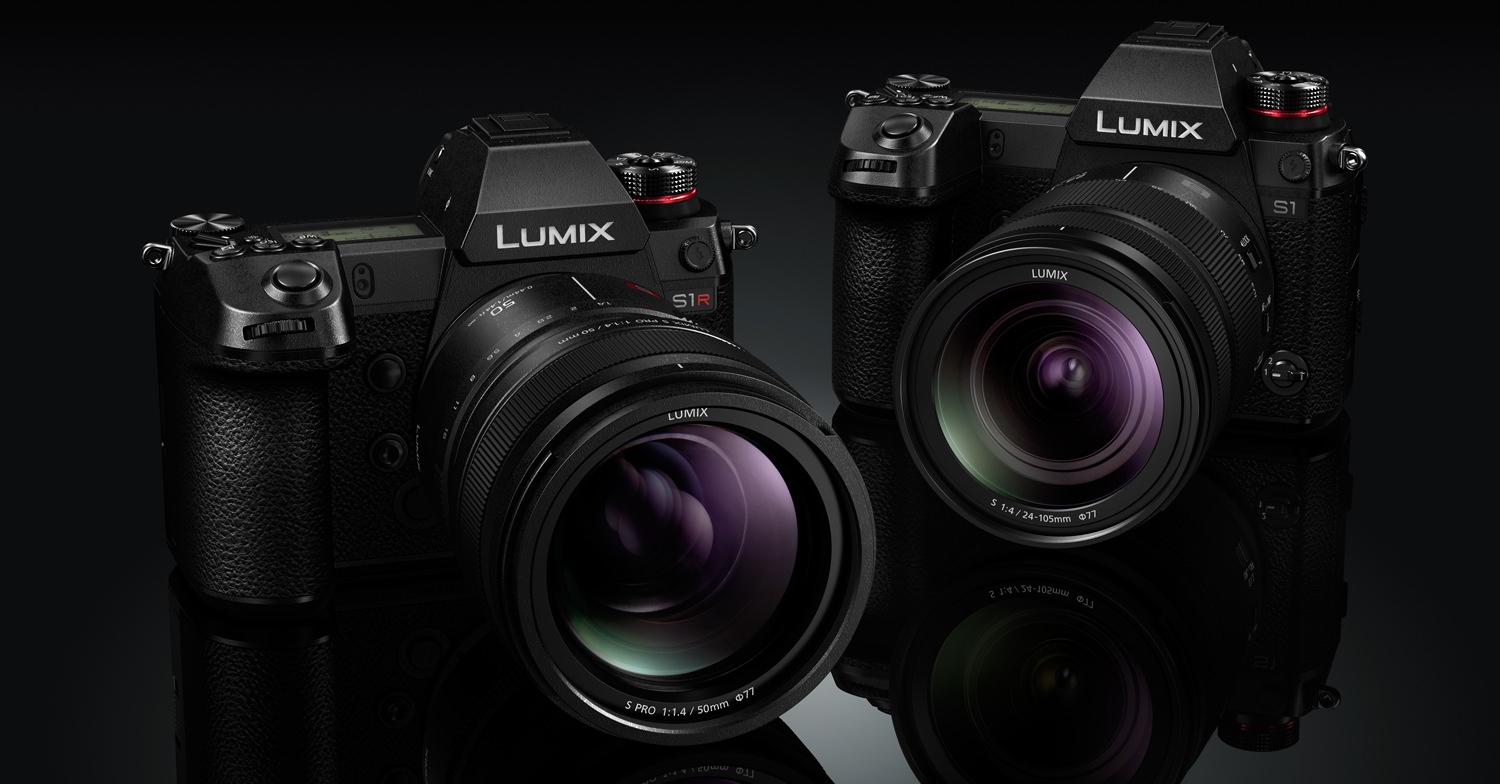 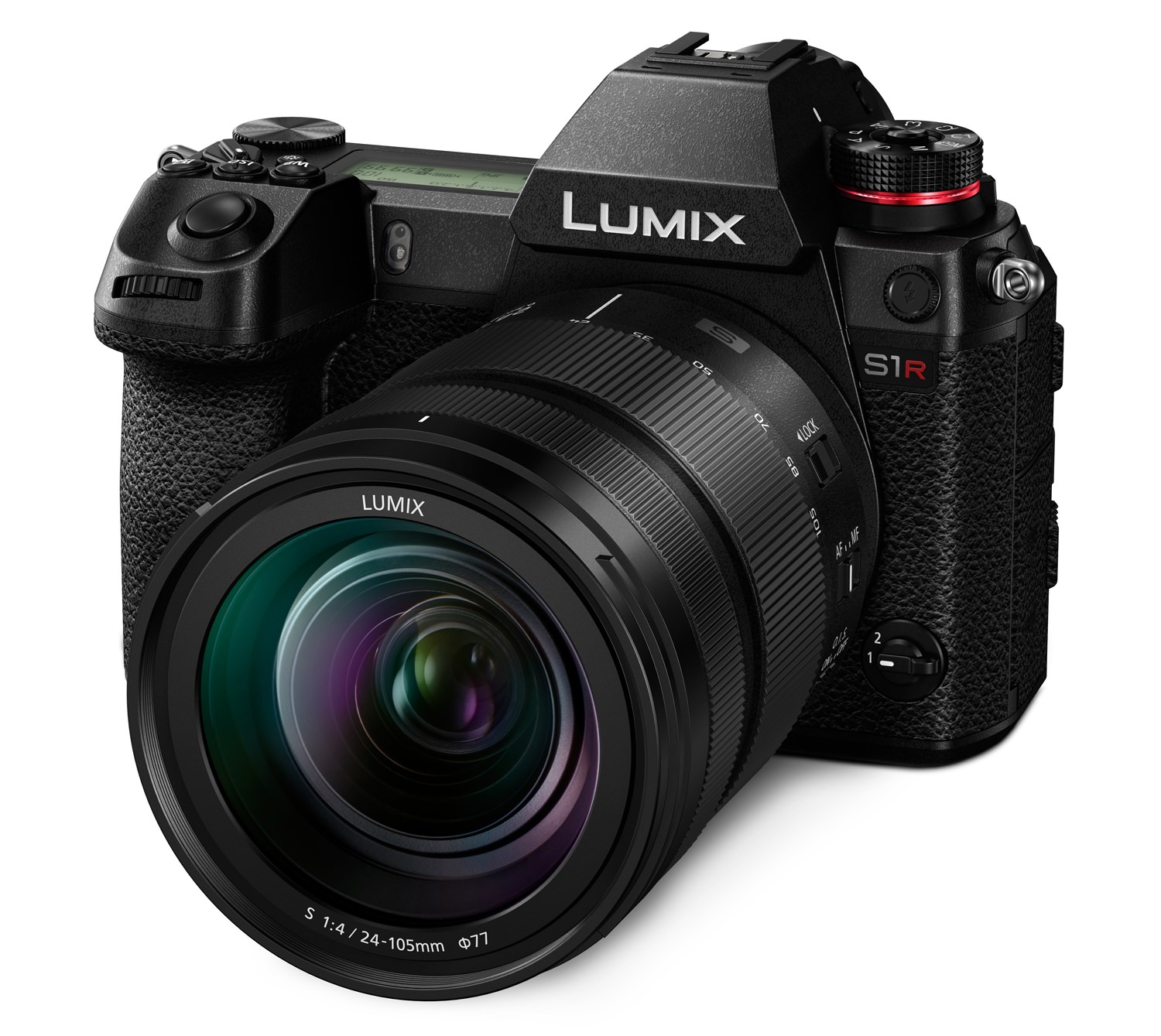 Powered by a new Venus Engine, the LUMIX S1R incorporates a high-speed, high-precision AF system ensuring the camera meets the exacting demands of professional photographers in all shooting situations. To capture the decisive moment, the photographer frames the image using the world’s highest resolution electronic viewfinder with unrivalled clarity via a 5.76-million-dot OLED display.

The detail gathering ability of the full-frame 47.3-million-pixel CMOS-sensor (36 x 24 mm) is boosted by absence of a low pass filter, ensuring the finest textures in any scene will be captured accurately.

New aspherical micro lenses over each pixel improve the light-gathering abilities of the sensor so low noise levels are maintained at high ISO settings. The LUMIX S1R offers an ISO range of up to ISO 25.600, making it ideal for working in low light conditions.

The 5-axis Body I.S. (Image Stabiliser) system compensates for the effects of camera shake to make shutter speeds of up to 5.5-stop slower than usual safe to use. Combined with the 2-axis O.I.S. (Optical Image Stabiliser) in the LUMIX S Series lenses the Dual I.S. 2 system increases the level of compensation to 6-stop, and works to eliminate the effects of a wide variety of camera movement types in both still and video photography. 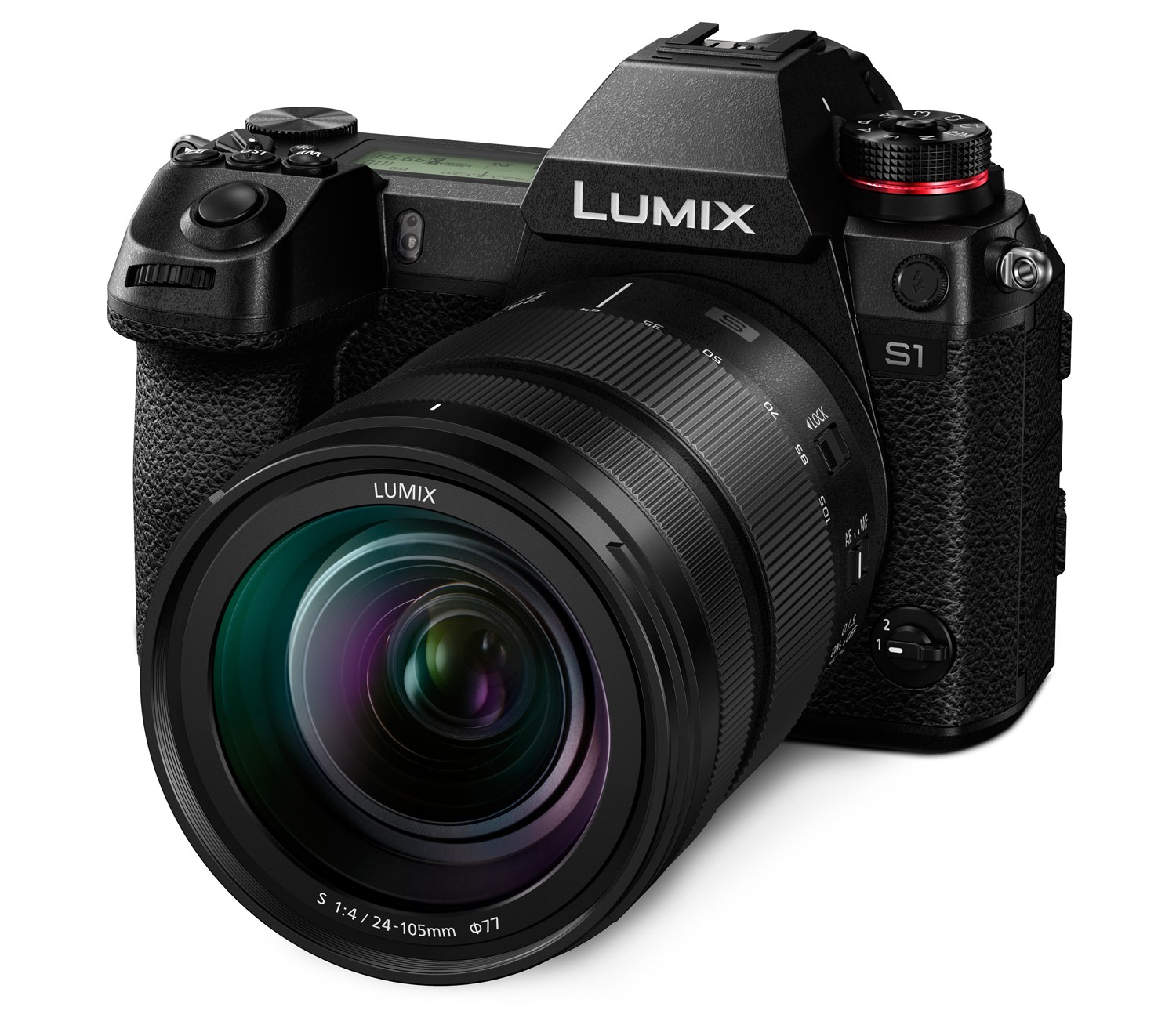 The LUMIX S1 is built around the wide diameter L-Mount and offers media creatives all the benefits of a full-frame high sensitivity sensor.

The 24.2-megapixel-CMOS is the heart of LUMIX S1. Equipped with outstanding image stabilization and powered by a new Venus Engine, the camera performs up to the highest standards in photography as well as offering advanced video recording with well-retained highlight and shadow details.

To capture the decisive moment, the photographer frames the image using the world’s highest resolution electronic viewfinder with unrivalled clarity via a 5.76-million-dot OLED display.

The LUMIX S1 offers filmmakers exceptional video quality and a wide range of tools to take full creative control of their footage. 4K-video is offered at 60/50p, while full pixel readout is achieved at 30p for exceptionally clean and detailed images. With the full width of the sensor being used, the focal length of lenses is retained and the creative possibilities of extreme shallow depth of field are available.

The camera offers a variety of gamma curves, including industry standards such as Cinelike D/V and Like709. To shorten post-processing work, a new flat mode with less contrast and saturation for versatile use is offered. The new Hybrid Log Gamma (HLG)*2 profile allows recording in an even wider dynamic range with rich colours (Like2100) to mimic the abilities of the human eye. 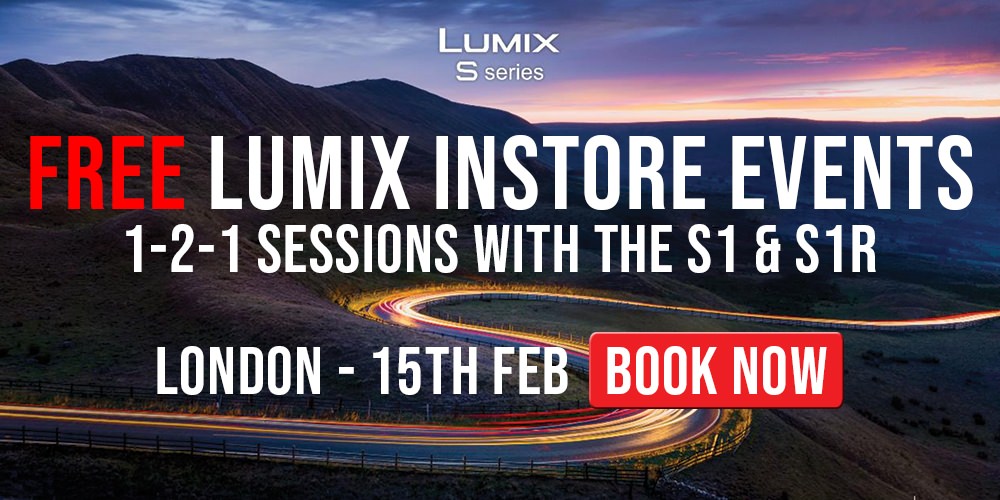 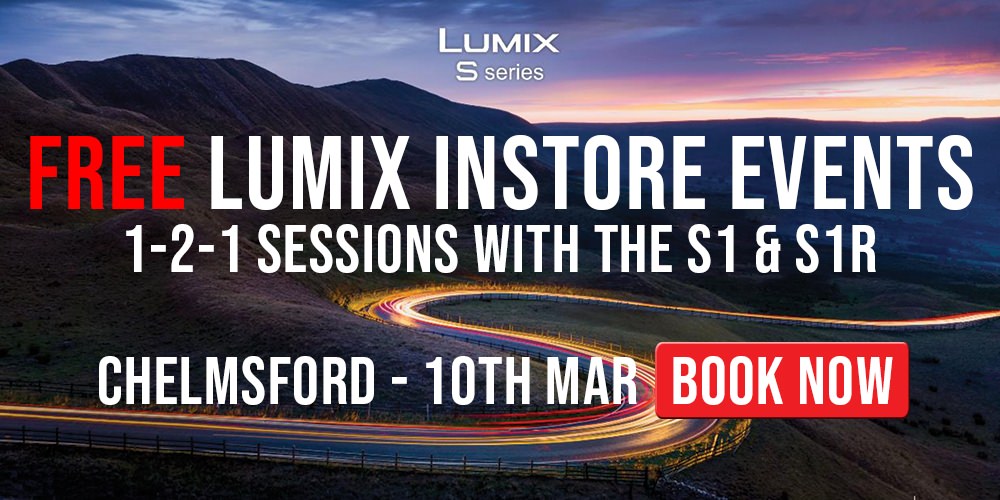 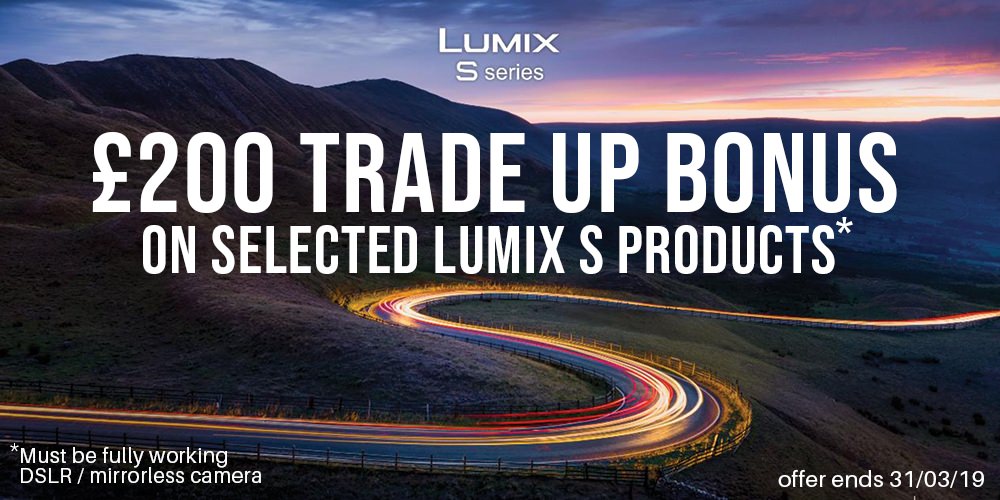 Qualifying products: Must be a Mirrorless or DSLR Camera in full working order.