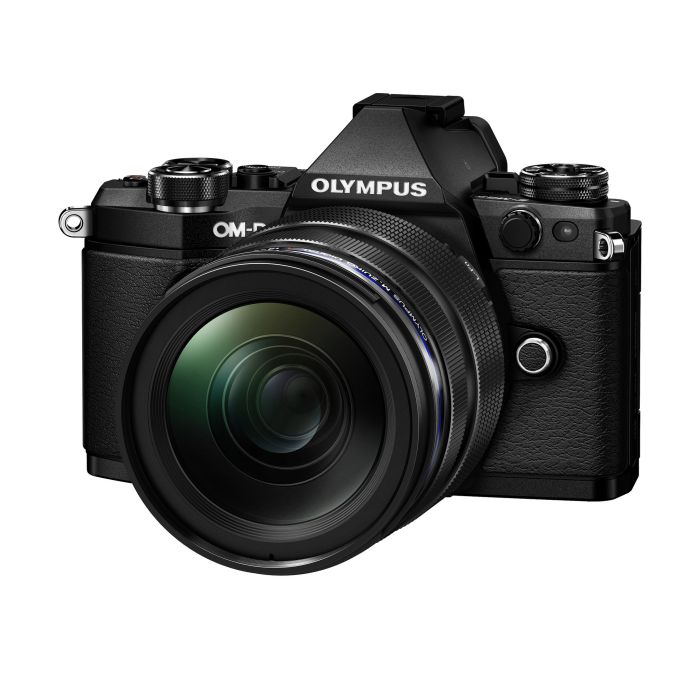 Skip to the beginning of the images gallery
With a new mode that allows users to shoot up to a 40Million Pixel JPEG, lightning fast AutoFocus and powerful image stabilization, this new OM-D will feel right at home for anyone who wants to get more from their photography, but for those starting out a 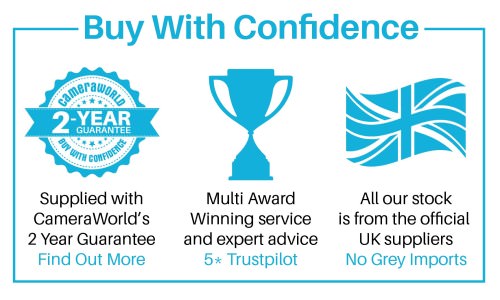 When Olympus announced the original E-M5 in 2012, they started a new journey developing thier iconic range of cameras in to the latest digital wonders.  And, oh how we loved them for it.  Winning awards for design, technology and more, customers waited with baited breath to get their hands on this little beauty. Now it's time to fall in love again with the release of the E-M5 Mark II.  With a new mode that allows users to shoot up to a 40Million Pixel JPEG, lightning fast AutoFocus and powerful image stabilization, this new OM-D will feel right at home for anyone who wants to get more from their photography, but for those starting out as well.  Its no wonder we were saying OMG for an OM-D!

When you hold the E-M5 Mark II in your hand, the magnesium alloy housing feels reassuringly solid and stable, even though it’s a relative lightweight compared to D-SLR cameras (417g body only). In fact, the Mark II has a justifiable claim to be the world’s most stable camera – because it features the world’s most powerful 5-axis Image Stabilisation system. The new, evolved version of this extraordinary Olympus technology eliminates camera-shake in all five planes of movement, achieving the equivalent of 5 EV steps faster shutter speed. Plus, it’s built into the body of the camera, so it works with any lens. Even in low-light conditions and with a telephoto lens magnifying the effect of hand-tremor, 5-axis IS ensures the E-M5 shoots blur-free. That goes for video and stills, both of which exceed the image quality of heavier and bulkier D-SLR rivals.

Another advantage of Olympus’ 5-axis IS is travelling light. One of the beauties of the mirrorless Micro Four Thirds format is the reduced overall size and weight of the camera, especially compared to the plastic-coated bulk of most D-SLRs. By essentially taking blur out of the equation, 5-axis IS puts the new E-M5 even further ahead of its rivals because you can capture pin-sharp images and videos without the use of a heavy tripod or gyro rig. The whole E-M5 system is designed for minimum weight and size, and maximum portability. Hence the dust-, splash- and freeze-resistant weatherproofing of the magnesium casing. Olympus engineers always intended this camera to be used out in the field where unobtrusive equipment makes it much easier to shoot without disturbing jumpy subjects.

By dispensing with the need for weighty stabilising equipment, the world-class IS system in the E-M5 Mark II gives budding filmmakers the green light to create cinematic video footage that easily holds its own next to the pristine still images that are the hallmark of the OM-D series. In OM-D Movie Mode, the Mark II records at high bitrates up to 77 Mbps, and offers a wide variety of 1080 Full HD formats to match your frame rate of choice – 60p, 50p, 30p, 25p or the classic 24p preferred by many narrative filmmakers. Focusing during video capture is straightforward, via a 3-inch touch-sensitive, vari-angle LCD screen.

When you’re shooting from awkward angles, this 1.04 million-dot vari-angle display can swivel and tilt to ensure a bright and clear view of any scene. Equally advantageous is the large, bright, 2.36 million-dot Electronic Viewfinder that automatically switches on when it detects your eye. It reveals a clearly laid-out menu of key settings than can be adjusted before you release the shutter.

Another advantage of Olympus’ ultra-precise 5-axis stabilisation system is the potential to capture extremely high-resolution still images that exceed the normal capacity of its 16-Megapixel LIVE MOS sensor. By moving the sensor between each shot and merging eight single exposures into one, the E-M5 Mark II delivers a 40-Megapixel image with breathtaking levels of detail and radiance. Little wonder OM-D is known for the best images Olympus cameras have ever created. Another key component in this spectacular visual performance is the processing engine. The Mark II now uses the same TruePic VII processor as the top-of-the-range OM-D E-M1.

The new OM-D E-M5 Mark II proves that Olympus has understood what some camera manufacturers in this segment fail to appreciate – that for most photography enthusiasts, world-beating technology only makes a difference if it comes with intelligently laid-out controls that simplify access to the vast array of options. That means attention to design details, both large and small. For instance, the Fn buttons on the top of the newest OM-D and the function dial that protrudes slightly higher than usual. Both are now easier to operate instinctively at high speed. Equally arresting is the sheer speed of the autofocus – another trademark OM-D strength. It boasts an 81-point area, excellent low-light performance and tracking AF.

Although remarkably small and easy to handle, the E-M5 Mark II is packed with clever options that urge you to let your creativity off the leash. Live Composite, which combines several images in the camera, is ideal for passage-of-time shots that trace the movement of bright objects such as stars, fireworks or handheld light-painting devices. Alternatively, shoot burst sequences at 10fps and take advantage of a 1/16000 shutter speed. In-camera keystone compensation allows for correcting converging verticals in Live View, without the need for a shift lens or post-processing. With a host of art filters, you can add a layer of special effects while built-in WiFi means you can remote control the Mark II from a smartphone, then share and geotag the images on social media using Olympus OI.Share – an invaluable facility in a variety of shooting situations. These are just a few highlights from a long list of enhancements that make the next-gen E-M5 one of the most versatile and ergonomically sophisticated cameras in the category.

Need an excellent all-around lens to capture your stories? This high-performance zoom was made for you. Many Olympus Visionaries and other professionals consider the M.Zuiko ED 12-40mm f2.8 PRO (24 - 80mm 35mm equivalent) an indispensable piece of equipment. Its superior optics, fast maximum aperture throughout the zoom range and fully weather-sealed, all-metal construction make it suitable for the most demanding professionals and enthusiasts.

Sometimes the harshest conditions produce the most dramatic photo opportunities. With separate seals to keep out moisture and dust, the 12-40mm f2.8 PRO is ready to take on the elements. You don’t have to baby this baby!

The 12-40mm f2.8 Pro makes it simple to shoot your way. Adjust settings on the fly with the programmable L-Fn function button – located right on the lens barrel for easy access. Or switch seamlessly between auto and manual focus with the Manual Focus Clutch mechanism.

The inclusion of the Movie & Still Compatible (MSC) mechanism makes Auto Focus operations nearly silent. In combination with the OM-D's silent electronic shutter, you can photograph skittish nature subjects as well as indoor events that require complete silence like musical performances. The size and weight of the OM-D system and these silent features open up a whole new world of shooting possibilities! 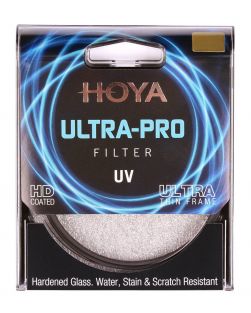 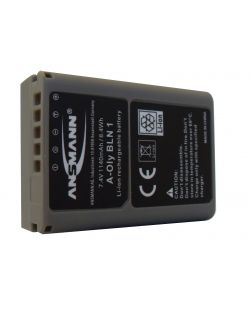 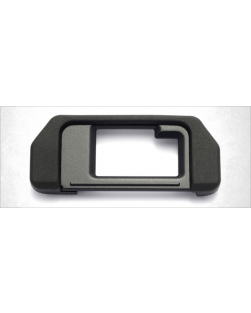 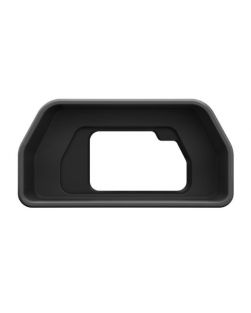 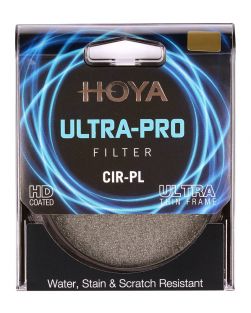